Will the New-Zealand-based life-of-Jesus movie Kingdom Come ever get made? Who knows.

Last week, it looked like the film was a goner: motel bookings were cancelled, construction crews were on standby, and some crew members had lost patience with the producers and begun taking other jobs.

Since then, the Dominion Post has reported that the filmmakers are still insisting that their movie will go ahead; they expect to secure bridge financing within two weeks, and they plan to resume pre-production in March for a start date in April.

But will anyone still be waiting for them by then? In addition to the crew members who have already bailed on the project, the Nelson Mail reported Thursday that some of the extras – who were hired last year and have been letting their hair and beards grow long for the movie – have given up hope and begun to visit their barbers.

Darryl Ware (pictured), who has worked as an extra in other movies, said he had never seen filmmakers be so bad at communicating with their ... 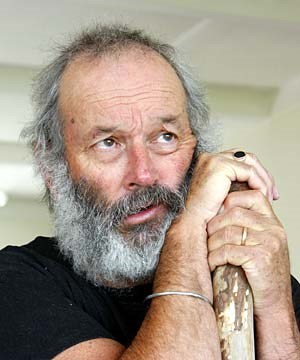