Open Doors has released its list of countries where Christians are most persecuted. Their 50-question survey asks both about Christians' legal status and what actually happens to them.

North Korea is at the top of the list for the seventh year in a row. It scored a 90.5, putting it in a category by itself, 32.5 points beyond Saudi Arabia and Iran. "The North Korean regime believes that it will collapse if it fails to stop the spreading of Christianity," Open Doors explains. 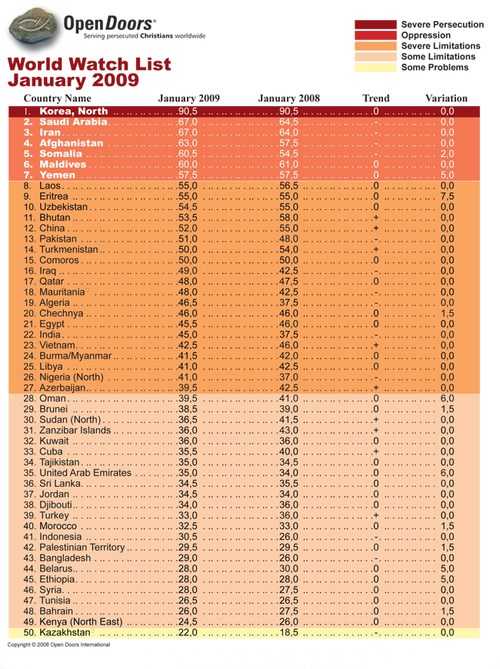