Did you know that Nigeria cranks out 2,500 films per year? Or that most of them are made for less than $10,000? Neither did I. But those are among the statistics we learn about the growing "Nollywood" film industry, as depicted in the documentary Nollywood Babylon.

The film's fascinating trailer (at the end of this post) depicts a director laying hands on a camera and praying over it "in the name of Jesus Christ." One interviewee states that "the films have been taken over by born-again Christianity. . . . Nollywood has become the voice of Africa." Another says, "In a country like this, if you don't have Jesus, you can't survive."

Several media outlets have reviewed the film recently. The Times-Picayunenotes that the low-budget films are "built around melodrama and cheeseball special effects." The Epoch Times writes that Nigeria "is a country where many share both an evangelical Christian faith and a lingering fear of witchcraft. If you think such an environment could produce fascinating ... 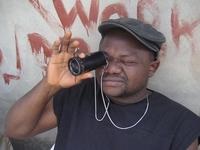