Other than impending litigation, Guillermo del Toro and Peter Jackson have been doing a marvelous job keeping an information black hole on both real news and rumors regarding The Hobbit. Which is probably why I feel the need to mention this:

According to the L.A. Times, three actors are in contention to play Bilbo Baggins. They are David Tennant, James McAvoy and Daniel Radcliffe. Tennant is best known for his current role on the BBC series, Doctor Who. McAvoy, who exploded onto the scene just a few years ago, is everywhere from The Last King of Scotland to Wanted. And Radcliffe, as if you need the reminder, is Harry Potter.

I think all three of these actors are interesting choices. However, what fascinates me the most is the fantasy intersection of the roles.

Radcliffe's is obvious. If he is chosen, he will undoubtedly be a participant in two of the most successful and beloved fantasy franchises the world has ever seen. But at 20, is he too young for the role? And will audiences be able ... 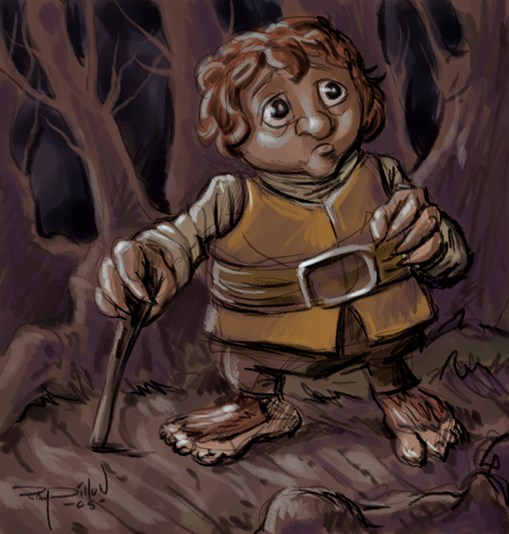