David Kirkpatrick, who once partnered with George Barna to form a fledgling film studio called Good News Holdings, had announced to the world in 2006 that his company was going to turn Anne Rice's first Christian book, Christ the Lord: Out of Egypt, into a major motion picture.

Turns out he was wrong. GNH never really got off the ground, and then Kirkpatrick–who had been an exec at Disney, Touchstone, and Paramount–announced he was taking the company to Massachusetts and changing the name to Plymouth Rock Studios. Turns out he was wrong again.

In a recent in-depth story, The Boston Globe reports that Kirkpatrick and the venture never had any legitimate financial backing.

Rice, the former vampire novel writer who became a Christian some time ago, had agreed to let GNH turn Out of Egypt into a film, but withdrew that offer when she never got paid. The Globe obtained a stinging e-mail that Rice sent to Kirkpatrick, voicing her concerns and her disgust with the way he had handled things. 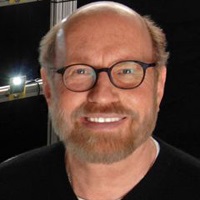