And other fascinating storylines from the flicks at the Full Frame Documentary Film Fest
Kenneth R. Morefield| April 19, 2010 11:05 AM

A woman blesses the day her brother accidentally shot her (Family Affair). An intersection in Florida houses an abortion clinic and a pro-life pregnancy care clinic on opposite sides of the street (12th and Delaware). An eighty-year-old man in Japan boasts he has patented 3,357 inventions (The Invention of Dr. Nakamats), while an eighty-year old man in Appalachia makes a single chair (Chairmaker). A town in Slovakia wakes one morning to find that half its citizens now live in the Ukraine (The Border). An island in the South Pacific loses its residents, who become the world's first climate-change refugees (Sun Come Up).

A taxi driver in Yemen regrets once working as Osama Bin Laden's bodyguard (The Oath). Two men in Sweden regret having sex change operations—and so they change back (Regretters). A half-Jewish teenager dares to try to assassinate Adolph Hitler (Surviving Hitler: A Love Story), and the denizens of a bar in Greenwich Village dare to stand against the police trying to arrest ... 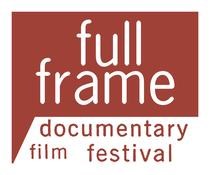