Eight years ago, I interviewed Katy Hudson for a cover story for our sister publication Campus Life, our now defunct magazine for teenagers. The story, titled "The New Girls of Christian Music," also featured Stacie Orrico, Rachael Lampa, Paige Lewis, and Joy Williams, all of whom went on to enjoy more successful careers in Christian music than Hudson. But today, all four could well be featured in a story titled, "Where Are They Now?"

Not so for Katy Hudson, who has since gone on to change her name to Katy Perry, becoming one of the biggest female pop stars in the world. I could hardly imagine, talking to the then 17-year-old Hudson, that she'd someday be an international music idol, in a sense. But even back then, she seemed to be seeking craving attention in unique ways. After a concert at a local church, she met people at her merch table with the words "I'm Katy" written on her forehead with a black Sharpie. She had also put a black star around a big zit on her chin (today, ironically, ... 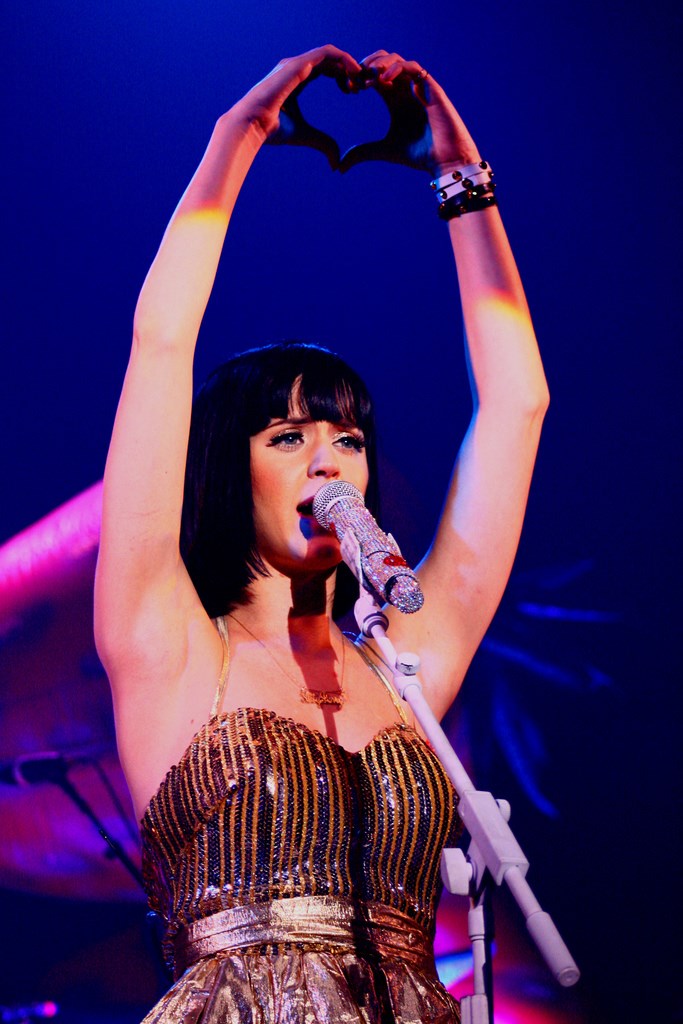