Two ex-Paramore members blogged about theological disagreements that they say contributed to their departure.
December 27, 2010 11:45 AM

When musicians Josh and Zac Farro posted their side of the story that led to their departure from the platinum-selling pop-punk band Paramore, they said their decision came in part from a deepening faith divide in the group.

"We were all growing further apart," read the statement the brothers released late last week. "Suddenly the band had split into two sides."

Though not officially a Christian band and never signed with a Christian label, members of Tennessee-based Paramore have often talked about their personal beliefs. They even visited Willow Creek Community Church in 2008 for a brief concert and Q&A session.

"Our faith is very important to us," Josh Farro told the BBC in 2008. "It's obviously going to come out in our music because if someone believes something then their worldview is going to come out in anything they do. But we're not out here to preach to kids, we're out here because we love music."

In 2007, lead singer Hayley Williams agonized in a LiveJournal post about lyrics she ... 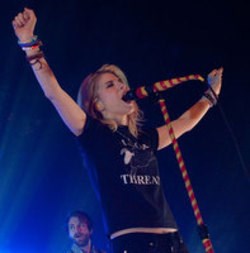