Christian author John Eldredge has commented on a Mexican drug cartel's use of his teachings in their indoctrination procedures, the Colorado Springs Gazette reported Friday.

The 50-year-old author of Wild at Heart and other books, known for his emphasis on "masculine Christianity," was responding to reports that the group La Familia Michoacána, which some say is the most dangerous drug cartel in Mexico, uses his writings to "instruct and motivate their recruits."

"People have used the Bible to justify a lot of evil actions," Eldredge said. "It brings me sorrow and anger to know they are doing this, and I renounce their use of my words in this way."

A CT report late last year mentioned La Familia's use of Eldredge. The Spanish-language weekly Milenio reported in May 2009 that "during the raids and arrests made in recent months by the military and federal forces in the state, the authorities have found a common denominator that, along with high-powered rifles, grenades and drugs, usually appears: ... 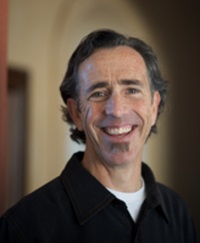