For every great movie you've seen or even heard about, there are probably five more fantastic flicks you've never seen or heard about. That's where Official Best of Fest can help.

Founded in 2008 by film buff Rick Stevenson, OBOF takes pride in "finding gems among the rubble," as Stevenson says. "We're the ultimate international grapevine fed by the world's best film festival programmers." Indeed, the best movies at film festivals – especially short films – never make it to theaters, find distribution, or even hit the retail video market. You can only hear about them by word of mouth – or through something like Best of Fest.

Now OBOF is airing on American Public Television, starting this month and running through the end of March 2013. Some 120-plus stations – including in New York, Los Angeles, Seattle, Detroit, and Miami – are airing the show (look for your local station here), and more are added every week.

OBOF also sells boxed sets of the films, in categories such as Chick Flicks, Laugh, ... 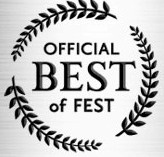