Palm Beach Atlantic University President Lu Hardin resigned suddenly on Friday and pled guilty on Monday to wire fraud and money laundering charges rooted in his previous job as president of the University of Central Arkansas.

Hardin had headed the Florida-based interdenominational Christian school for only two years. For much of that time, his name has been a recurring feature of investigations into questionable financial dealings that took place during his time at UCA.

This particular case involves a $300,000 deferred-compensation bonus Hardin received in 2008, which the U.S. Attorney's office says he obtained using a forged letter in order to pay off a debt (gambling debt, says a friend). His sentence will be determined in 30-60 days, according to the Palm Beach Sun-Sentinel.

PBA is already working to turn the page on Hardin's time at the school. The Board of Trustees appointed an interim president, VP of Development Bill Fleming, and will launch a nationwide search for a new full-time ... 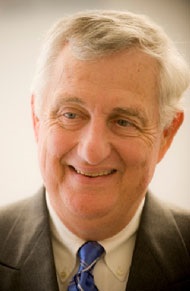