The new documentary Beware of Christians is being marketed as a major revelation but plays as old hat.

It follows four young men across 10 European cities as they explore how the Jesus they were brought up to believe is different from the one depicted in the Bible. Every 10 minutes of film time is spent in a different city (London, Paris, Rome, etc.) while pondering a different topic that college students wrestle with (premarital sex, alcohol, pop culture idolatry, etc.). The guys ask some questions among the (English-speaking) locals while posing some (semi-thoughtful) questions in a roundtable discussion and turning to some Bible passages.

The points made are good, but all too familiar. Christians fail to live out all of God's Word on a daily basis? No way! Christians need to emphasize relationship over religion? Do tell! Most young adults plugged into Christian culture already know this stuff.

The movie fails to draw any new conclusions, though it comes close to a key point: The guys note ... 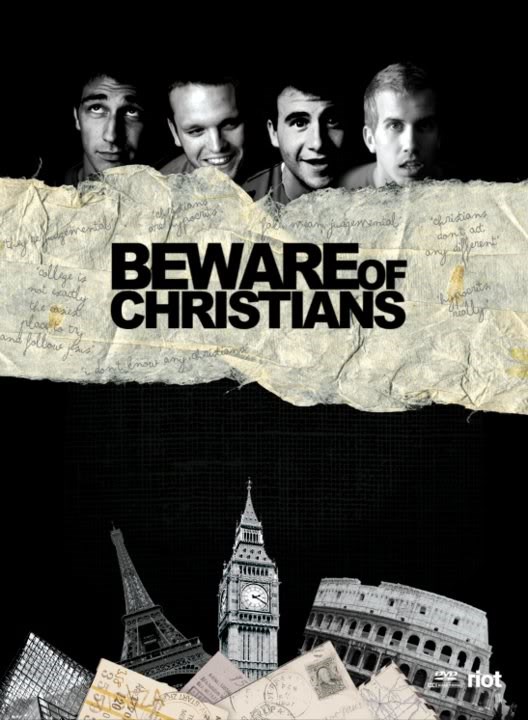