After Troy Davis: The Religious Belief Breakdown on the Death Penalty

The execution of Troy Davis last night in Georgia has reinvigorated public debate over the death penalty. Davis was convicted in the 1989 murder of Georgia police officer Mark MacPhail. The execution made headlines because there were questions raised about the evidence in the case, including recantations by seven of the nine witnesses against Davis.

The execution was condemned by Pope Benedict XVI, former president Jimmy Carter, and governments around the globe. In the U.S., most Christians support the use of the death penalty to punish murders. Unlike Catholics and mainline Protestants, evangelicals support for capital punishment remains high even among those who say their views are shaped most by their religious beliefs.

Public opinion on the death penalty has changed dramatically over the past couple of decades. According to polls by Gallup, support for the death penalty was highest in the late 1980's and early 1990's. At that time, 80 percent of Americans said they favored executing ...

After Troy Davis: The Religious Belief Breakdown on the Death Penalty 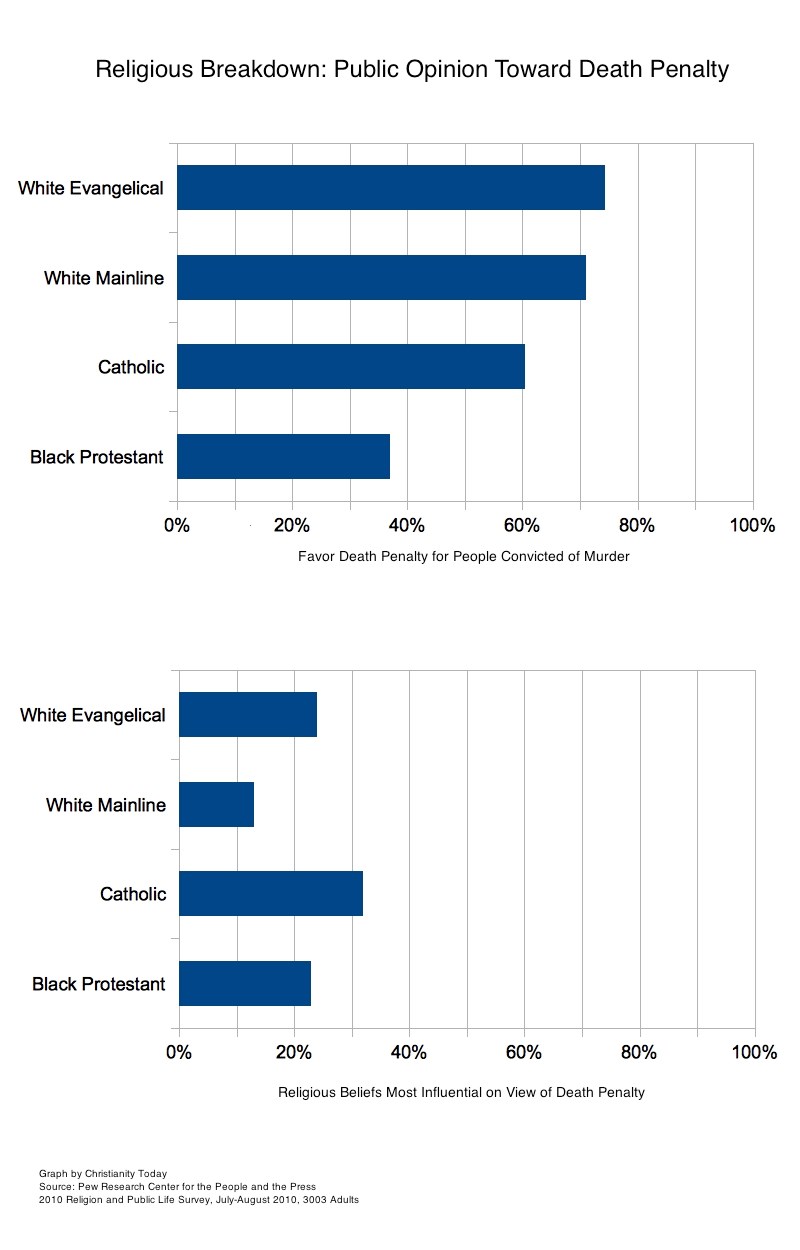