As the controversy continues over Chick-fil-A president Dan Cathy's stance against same-sex marriages, some are pulling support from the fast-food purveyor.

Chicago Mayor Rahm Emanuel and Alderman Joe Moreno said they are determined to block Chick-fil-A from expanding in Chicago. Emanuel said, "Chick-fil-A's values are not Chicago values. They're not respectful of our residents, our neighbors and our family members. And if you're gonna be part of the Chicago community, you should reflect Chicago values."

Boston Mayor Thomas Menino has written a letter to Cathy in response to his views saying, "I was angry to learn on the heels of your prejudiced statements about your search for a site to locate in Boston. There is no place for discrimination on Boston's Freedom Trail and no place for your company alongside it."

Nevertheless, many have spoken in support of Cathy. Evangelist Billy Graham released the following statement about the controversy:

I want to express my support for my good friends ... 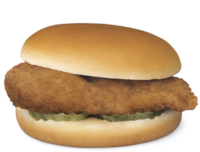