The Senate on Thursday defeated a Republican-led bid to insert a broad religious exemption into a federal mandate that requires most employers and health insurance companies to provide free contraception coverage. 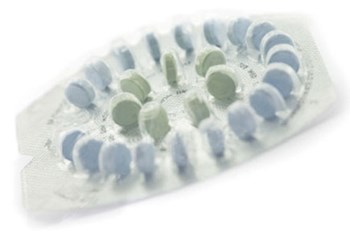 The largely party-line vote was 51-48 in favor of tabling an amendment that Sen. Roy Blunt, R-Mo., had offered to a federal transportation bill.

Blunt and other Republicans had argued that the measure would protect the religious liberty of institutions such as Catholic charities and hospitals that object to contraception on moral grounds.

"It's not just the Catholic Church," Sen. Orrin Hatch, R-Utah, said during the floor debate on Thursday. "It's a moral and religious issue that should not be interfered with by the federal government."

In February, the Obama administration proposed a revision whereby insurers, not religious institutions, could provide contraception services to employees.

But Catholic and evangelical leaders dismissed the revision as an "accounting gimmick," and said it would not help large institutions, such as universities, that are self-insured.

Democrats portrayed the Blunt amendment as an attack on women's rights and a Pandora's box that would have allowed any employer or insurer to use moral scruples as an excuse to limit coverage.

"We have never had a conscience clause for insurance companies," said Sen. Barbara Boxer, D-Calif. "If we want to give them a chance to say 'no,' a lot of them have no consciences and they'll take it."

After the amendment's defeat, the U.S. Catholic Bishops Conference said it will pursue legislation in the House, where Republicans are in the majority.

"We will not rest until the protection of conscience rights is restored and the First Amendment is returned to its place of respect in the Bill of Rights," said Bishop William Lori of Bridgeport, Conn., chair of the bishops' religious liberty committee.