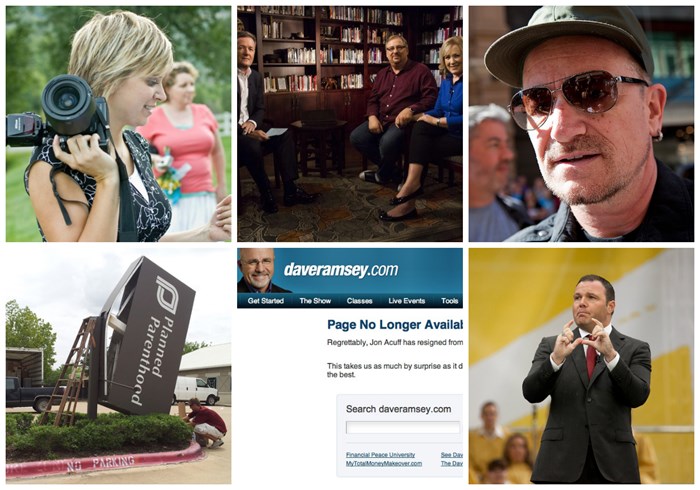 What do Bono, Jon Acuff, and the "wrath of God" have in common? All were subjects of the most-read Gleanings posts of 2013.

Here are the top 20 stories that kept readers clicking: