Craig Williford announced today that he will not renew his five-year contract as president of Trinity International University (TIU), but instead will take a sabbatical next year before his contract ends on June 30, 2014.

"The vision I've promoted these past four years, I believe, has poised Trinity for an exciting future," Williford said in a press release. "And that vision doesn't hinge on the presence of one person. I'm praying that Trinity's new leader will be ready to build upon the progress and strong foundation we've laid down."

Williford hopes to move closer to family in Colorado and seek out new opportunities for ministry there, according to the release. 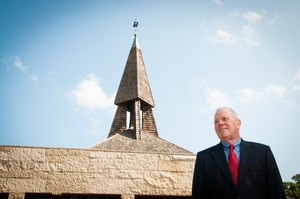