Together with theologian Francis Schaeffer (they met when Koop operated on Schaeffer's daughter), Koop—a pioneering pediatric surgeon—exposed the issues of abortion and euthanasia in a series of films and books in the early 1980s. Their arguments began the movement against abortion that continues within American evangelicalism today.

A graduate of Dartmouth College, Cornell Medical College, and the University of Pennsylvania, Koop established the first neonatal surgical intensive care unit and was the first surgeon to separate twins conjoined at the heart, according to the National Institutes of Health (NIH).

"Operating on newborns with life-threatening birth defects, spending nights at the bedside of ... 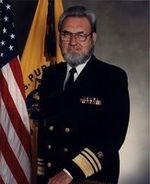