Liberty University is on the rise–and actor Kirk Cameron isn't getting left behind.

During an interview on TBN, Cameron and Liberty chancellor Jerry Falwell, Jr., announced a partnership between the school and Cameron's new film, which "will answer life's toughest questions about human suffering." The film is scheduled to be released later this year.

Liberty is the world's largest Christian school and recently was profiled in the Washington Post as an "evangelical mega-university." It has access to state-of-the-art film equipment, as well as strong religion and philosophy departments, which make Liberty a "perfect partner" in this endeavor, Cameron said.

But Falwell already has caught flak for his comment about creating "tens of thousands of Kirk Camerons." Huffington Post speculates that "the thought ... might strike particular fear into the hearts of LGBT advocates" who know of Cameron's conservative track record on moral issues. 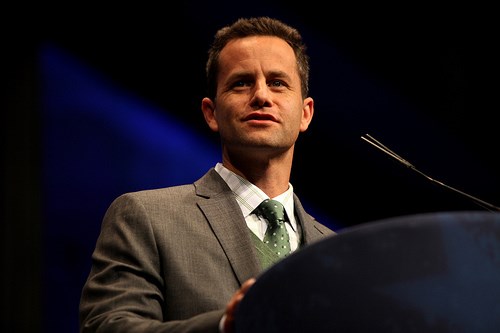