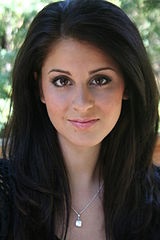 Update (May 23): Houston doctor Douglas Karpen is facing scrutiny for his questionable abortion practices, thanks to testimony provided by three of his former employees.

"Their descriptions on video of some of those killings outside the womb are at least as gruesome as those of the slayings by Gosnell," reports Baptist Press. Pro-life advocates hope to prove that "Kermit Gosnell is not alone."

One pro-life group is capitalizing on interest in the trial of Pennsylvania abortion doctor Kermit Gosnell with three new videos that expose abortion practices in New York and Washington D.C.

The Washington Post reports that Live Action, an anti-abortion organization, "mounted a six-month undercover investigation [and] has released videos this week that raise questions about what might happen to a baby as a result of an unsuccessful abortion." The videos appear on the organization's website as part of a series titled "Inhuman: Undercover in America's Late-Term Abortion Industry."

Live Action says it created the videos to show that "Gosnell is not alone. Videos document the blatantly inhuman and barbaric acts of abortionists leaving crying babies to die, or even killing the newborns themselves."