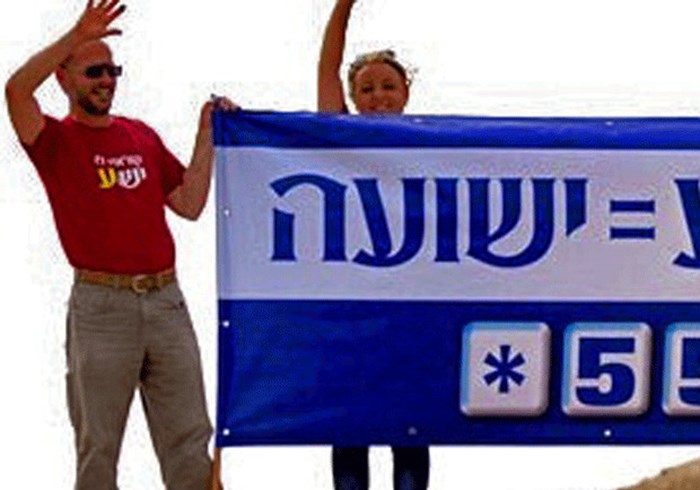 Image: Courtesy of Morning Star News
Barry Barnett (left), during the Jews for Jesus event which got him arrested.

(MSN) An Israeli immigration judge has ordered the deportation of a Messianic Jewish man from England who was arrested last week for taking part in an evangelistic event in southern Israel.

Barry Barnett, 50, a worker with Jews for Jesus UK, was ordered on Sunday (Nov. 24) to leave the country by Dec. 3. Barnett, who is based in England, was volunteering at the Jews for Jesus "Behold your God Israel" campaign around the city of Be'er Shiva when he was arrested Wednesday (Nov. 20) at about 4 p.m.

According to his wife, Alison Barnett, six immigration control officers took him from Be'er Shiva, 125 kilometers (78 miles) south of Jerusalem, to an immigration office in Omer, just outside of the city. He was held there for several hours without charge, then transferred to an immigration-holding unit of a prison in Ramle, near Tel Aviv. He spent four days in jail before his court hearing.

The team present at the time of the arrest was made up of Israeli citizens except ...