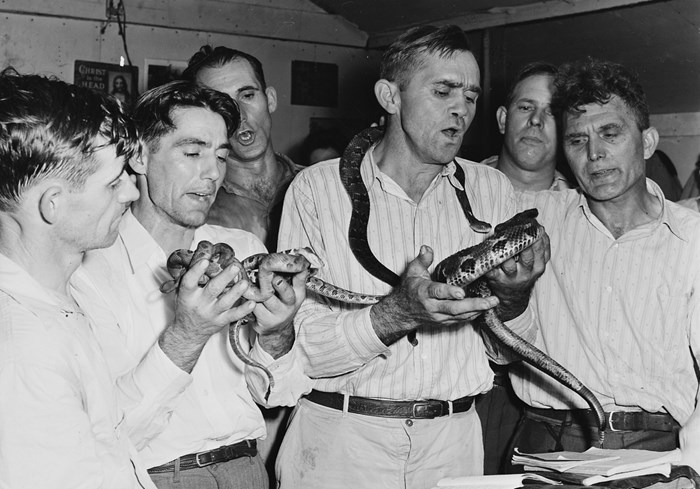 With today's debut of Snake Salvation, a new reality TV show focused on the condemned Pentecostal practice of handling poisonous snakes, here are six bite-sized facts about this fringe but growing Appalachian tradition:

1) The practice began in 1910 when an illiterate Tennessee preacher tried to literally apply Mark 16:18: "They will pick up serpents with their hands; and if they drink any deadly poison, it will not hurt them..." (ESV). However, scholars debate the authenticity of that passage.

3) The rattlesnake death of West Virginia pastor Randy "Mack" Wolford, thoroughly profiled by The Washington Post Magazine, happened to be photographed by the Post as well.

5) In 1940s Georgia, snake handling was penalized by death.

6) Five Tennessee children were orphaned in 1999 after their parents died handling snakes. A judge ruled that the paternal grandparents, who also believed in snake handling, would have custody during the summers and holidays, but could not bring the children to snake handling services.

Hamblin explains to Time magazine why "For God so loved the world, let's handle a snake" is not the takeaway message he seeks to share with viewers. Meanwhile, CT's former sister publication Christian History offers more details on the history of snake handling.