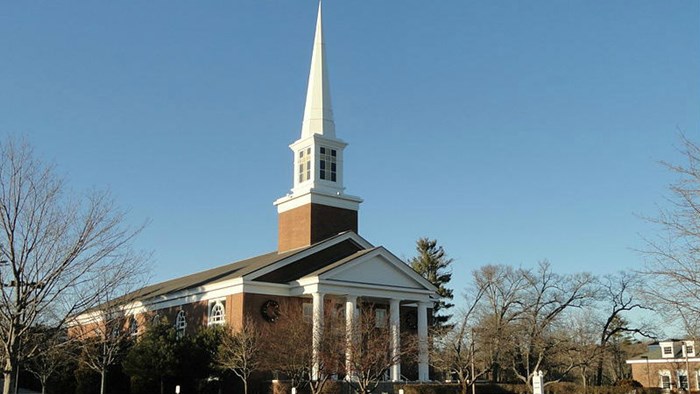 A Massachusetts town cut short its contract with Gordon College after the school's president asked President Obama to exempt religious institutions from an expected non-discrimination order.

Gordon president D. Michael Lindsay—also a CT board member—was among 14 other Christian thought and policy leaders, including CT's executive editor Andy Crouch, who signed the letter. They asked Obama to allow religious exemptions in an anticipated executive order that could require organizations to hire people regardless of sexual orientation in order to receive federal funding.

"Without a robust religious exemption, like the provisions in the Senate-passed ENDA, this expansion of hiring rights will come at an unreasonable cost to the common good, national unity and religious freedom," the July 1 letter stated.

Salem Mayor Kimberley Driscoll on July 9 terminated Gordon's contract to manage the city's Old Town Hall, saying in a letter to Lindsay that the college "now advocates for discrimination against the LGBT community." The college, a member of the Council for Christian Colleges and Universities (CCCU), is located in Wenham, seven miles away from Salem, and had managed a museum and theater production at the town hall. The letter indicates that the contract may be renewed with a revised contract that specifically protects against discrimination in the city's partner projects with the college.

The Old Town Hall is the oldest standing municipal building in the city of Salem. Gordon managed the historic building and partnered with the city on projects like the production of Cry Innocent!—a project exploring the Salem witch trials—as well as the Salem Museum, reports the Salem Patch.

The New England Association of School and Colleges will also review Gordon's accreditation when it meets in September, according to the Boston Business Journal. Barbara Brittingham, president of the New England Association of Schools and Colleges, said Gordon's case is one they have never seen before, acknowledging the complicated issues surrounding Gordon's support for religious freedom.

"When there's public information of high visibility for a member institution, it would be typical for the commission to talk about it," Brittingham told the Business Journal. "The commission has the responsibility and it would be in their course of business when it's this controversial to ask — does this relate to our standards?"

(Eastern Nazarene College is also a member of both the CCCU and the NEASC and similarly prohibits sexual acts outside of heterosexual marriage.)

Lindsay responded to backlash with a letter on the college's website.

"Be assured that nothing has changed in our position regarding admission or employment," he said. "We have never barred categories of individuals from our campus and have no intention to do so now. … As long as a student, a faculty member, or a staff member supports and lives by our community covenant documents, they are welcome to study or work at Gordon."

This is not the first Gordon partnership that has ended over the school's stance on same-sex relationships. The Boston Globe reports that Manchester Essex Regional High School stopped partnering with Gordon student teachers about twenty years ago.

"We became aware that they either added, or became more explicit about, their rule that they would not allow gays and lesbians as [student-teacher] candidates," said Tim Averill, former chairman of the English department at Manchester. "It was a shame, because the student teachers from Gordon were some of the best we had."

Lindsay was one of two representatives of higher education institutions who signed the letter to Obama. (As is common in such open letters, Lindsay's position at Gordon College, as with other organizational affiliations, were "listed for identification purposes only.") Stephen Schneck, director of the Institute for Religion and Democracy at Catholic University of America, also signed the petition. Other signatories include Michael Wear, national faith vote director for Obama for America 2012, and Joel Hunter, who served in the inaugural year on President Obama's advisory council for faith-based and neighborhood partnerships.

An online petition, started by Gordon alumni and students, asks Lindsay to withdraw his support for allowing institutions to "discriminate against LGBT people in the hiring process." The petition had garnered more than 3,500 signatures Monday morning.

CT regularly reports on Gordon College, including an interview with Lindsay about the continuing relevance of Christian higher education. CT regularly reports on how CCCU schools are navigating sexuality issues, including how Eastern Mennonite University is deliberating over allowing faculty in same-sex relationships and how a transgender professor and former theology chair left Azusa Pacific University after 15 years of teaching.