Head of World Evangelical Alliance Will Step Down for 'Younger Leadership'

After one of longest terms served, Geoff Tunnicliffe will let another lead the 'changing worldwide church' of 600 million evangelicals.
Jeremy Weber|March 7, 2014 05:04 PM 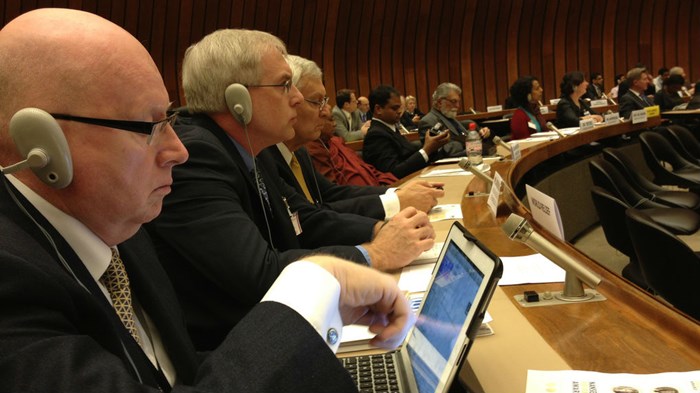 One of the longest-serving leaders of the World Evangelical Alliance (WEA) will call it quits after this year.

The WEA, which represents 600 million evangelicals worldwide, announced today that Geoff Tunnicliffe will conclude his tenure as secretary general and CEO in December instead of seeking a third term in 2015. He was elected in 2005 as the WEA's 13th leader after leading global initiatives for the Evangelical Fellowship of Canada.

"Geoff is leaving the WEA in great shape. His contribution to the work has been outstanding," stated Ndaba Mazabane, chairman of the WEA's International Council, in a press release. "God led Geoff to us in His providence and has now led him to leave the position to younger leadership to take on the role as the WEA moves on to make a renewed contribution to a changing worldwide Church."

"I believe the future of the WEA has never been brighter as we experience unprecedented opportunities for global Kingdom impact," ...

Head of World Evangelical Alliance Will Step Down for 'Younger Leadership'

Head of World Evangelical Alliance Will Step Down ...