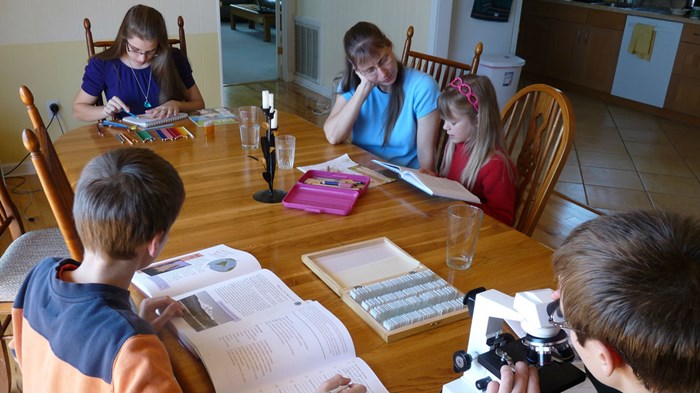 In a dramatic 24-hour turnaround, the German family that could have faced deportation after the Supreme Court didn't take their case has been granted "indefinite deferred status" by the Department of Homeland Security.

"We're not entirely sure what it all means, but it's definitely good," Home School Legal Defense Association (HSLDA) attorney Jim Mason told CT. "It permits them to stay in the country and work here."

But it doesn't answer the fundamental question raised by the Romeike family's unusual asylum case that has pushed persecution boundaries: Is homeschooling a human right?

While the family's immigration judge said the German government was frustrating the family's faith by its refusal to let them home school, he was the only judge to rule that way. And the Supreme Court's refusal to take the case seems a clear enough answer.

But even though the Supreme Court thought that the family wasn't entitled to asylum under current law, the Department of Homeland Security apparently doesn't want to send them back to Germany, said Mason.

The HSLDA is working on legislation to make it possible for others to come to the United States if they're facing similar circumstances, said Mason. "The denial of certiorari from the Supreme Court makes it more difficult for other families to come in the same ways the Romeikes did," he said. "But the deferred status makes it possible for the Romeike's to stay without worries in the future."

The Romeikes will be able to stay in the United States permanently unless they are convicted of a crime. HSLDA chair Michael Farris announced the news in a Facebook post that garnered more than 7,000 "likes" in the first hour. HSLDA represents the family.

The Romeikes received asylum in 2010 after being severely penalized for illegally homeschooling their children in Germany. (The family was threatened on multiple occasions, fined about $10,000, and had three children forcibly removed from home and driven to school by police, according to the brief.)

After their initial win, the Romeikes lost every case after that, eventually ending up at the Supreme Court. When the Supreme Court decided against taking the case yesterday [Monday, March 3], the HSLDA promised not to give up but to look for another way.

"Educating one's children according to one's religious convictions is a human right," stated Russell Moore, president of the Ethics and Religious Liberty Commission, in his response to the Supreme Court denial. "Sending this family back to Germany is the repudiation of a great American heritage. This should remind us of how imperiled religious liberty is at home and around the world."

Here is the HSLDA announcement:

BREAKING NEWS!!! The Romeikes can stay!!!
This is an incredible victory that can only be credited to our Almighty God.
We also want to thank those of who spoke up on this issue--including that long ago White House petition. We believe that the public outcry made this possible while God delivered the victory.
This is an amazing turnaround in 24 hours. Praise the Lord.
Proverbs 21: 1 "The king's heart is like a stream of water directed by the Lord, He guides it wherever He pleases."

CT examined how the Romeike case pushes persecution boundaries, and noted how the family has been repeatedly denied asylum in the United States. In Germany, police recently seized 40 Christian children over spanking concerns.

'The Romeikes Can Stay': Good News for German ...