Not So Convergent: Leading Publisher Separates How Evangelical and Progressive Books Are Made 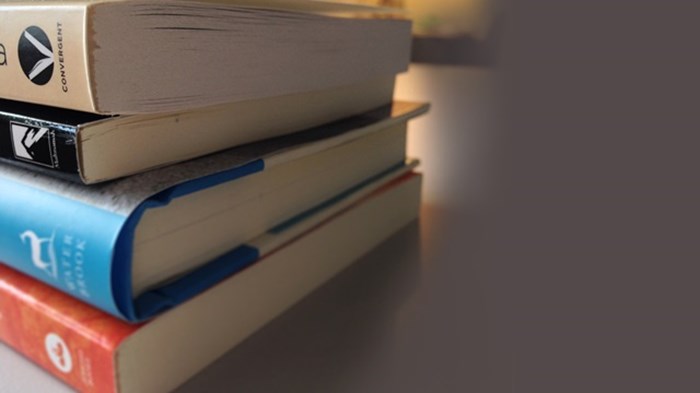 Five months ago, the National Religious Broadcasters (NRB) forced out one of the world's leading Christian publishers over a book it didn't actually publish.

WaterBrook Multnomah Publishing Group had published David Platt's Radical, John Piper's Desiring God, and Stephen Arterburn's Every Man's Battle. But then Convergent, a sister imprint which shared its staff, published God and the Gay Christian, a book arguing that same-gender sex is not sinful.

NRB president Jerry Johnson argued that NRB members cannot produce "unbiblical material, regardless of the label under which they do it," and asked Multnomah to "reconsider and end the practice of having Christian workers from their publishing house work on Convergent projects." Multnomah declined, and resigned its NRB membership in May rather than submit to an ethics review. [CT reported the debate in its July/August issue.]

But today the parent company of Multnomah and Convergent, Crown Publishing Group, announced a "transformative moment" that basically does what the NRB had requested.

In a reorganization conceived during the five months since the NRB dustup, Crown is separating the location and leadership of the imprints. Convergent will be moving out of the Colorado Springs office, where it shared resources and employees with Multnomah, and into the New York City offices, according to Crown's senior vice president, Tina Constable.

Publishing veteran Steve Cobb, who currently leads both imprints, will retire in March. Alexander Field, publisher at David C. Cook, will take over WaterBrook Multnomah and seek to "build upon [its] rich history in the evangelical space.” Convergent, which focuses on books for “progressive and mainline Christians who demand an open, inclusive, and culturally engaged exploration of faith," will be led by David Kopp. (The release notes that Cobb's retirement was first raised 18 months ago, prior to the NRB controversy.) 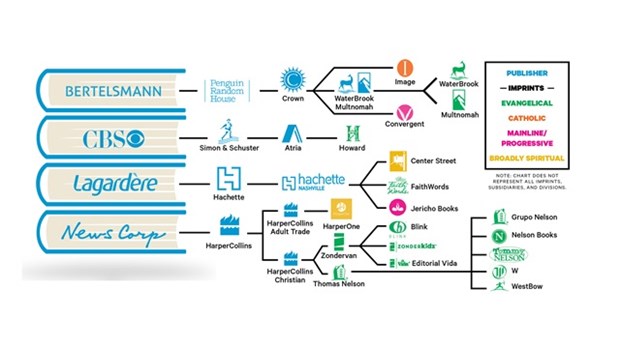 In May, longtime WaterBrook Multnomah author Al Mohler, president of Southern Baptist Theological Seminary, told CT that he believed Multnomah was "in serious danger of crashing its brand in terms of evangelical trust," and was "quite certain that a host of evangelical authors share this deep concern."

Johnson wrote in May that the NRB and Multnomah both "expressed a desire to revisit the issue of their membership if they separate the staff of WaterBrook Multnomah from the work of Convergent in the future."

Crown, the Christian publishing arm of Penguin Random House, has worked to “develop a strategic vision for each of our imprints that will position us to even better compete with the top Christian publishers in the market today,” Constable wrote in today's announcement. “Ours is the only such program in trade publishing with dedicated imprints to serve every major Christian tradition. ... Religious publishing is a core business for us—and one that we are strongly invested in growing.”

The company has worked to establish a "clearly defined editorial mission for each of our religious imprints," she said. WaterBrook “seeks books for an evangelical Christian that draw on experiential learning, story, self-help, and inspiration to help readers flourish in their faith.” Multnomah seeks to “advance the mission of the church” by looking for “life-changing culture-defining messages from a conservative Christian perspective.”

Convergent will operate as “distinctive yet complementary” to WaterBrook and Multnomah, and will focus on “the interests of progressive Christians who are redefining their faith through the prism of contemporary experience.”

Image, the publisher’s Catholic imprint, will remain unchanged, she said. [A fuller description of the four imprints' editorial missions is at bottom.]

Cobb joined Crown in 1996 as a founding executive of WaterBrook, and played a leading role in the 2006 acquisition of Multnomah. He founded Convergent in 2012 after "recognizing that a growing segment of the consumer marketplace was underserved by mainline evangelical publishing," wrote Crown president and publisher Maya Mavjee in a letter to staff.

CT noted how secular companies have owned Christian subsidiaries for years (see chart above) in exploring the question: What makes a company "Christian?"

CT has also explored the best practices of bestsellers, reviewed Convergent’s God and the Gay Christian, and noted the life and death of one of WaterBrook Multnomah’s authors: Brennan Manning and his Ragamuffin Gospel.

Here are the mission statements of Crown's religious imprints, per Constable's announcement:

WaterBrook is committed to creating content that both intensifies and satisfies readers’ elemental hunger for a deeper relationship with God. It seeks books for an evangelical Christian that draw on experiential learning, story, self-help, and inspiration to help readers flourish in their faith.

Multnomah is committed to advancing the mission of the church in proclaiming and living the gospel around the world. It looks for life-changing culture-defining messages from a conservative Christian perspective that challenge, educate, and inspire readers to their fullest potential.

Convergent Books is focused on the interests of progressive Christians who are redefining their faith through the prism of contemporary experience and has a mission that is distinctive yet complementary to WaterBrook and Multnomah. In the months ahead, we will be looking to grow Convergent as a home for leading author voices who can reach a broad audience with faith-informed content in categories ranging from spiritual practice and social issues to pop culture, humor, sports, and memoir.

Image, the only trade-publishing imprint that is focused exclusively on Catholic topics, founded in 1954 with the mandate of providing quality religious titles to readers at an affordable price, has a uniquely rich history of publishing-leading and classic Catholic-interest authors.

Not So Convergent: Leading Publisher Separates How Evangelical and Progressive Books Are Made

Not So Convergent: Leading Publisher Separates How ...