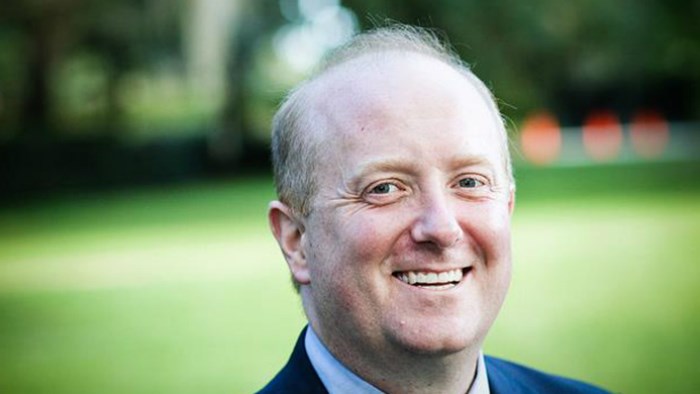 Ligonier Ministries has suspended R. C. Sproul Jr. until July 2016 due to his admission that he visited the adultery matchmaking website Ashley Madison.

Ligonier was founded by his father, R. C. Sproul Sr., who still serves as board chair. The younger Sproul is one of the ministry’s teaching fellows, and is rector and chair of philosophy and theology at the ministry’s Reformation Bible College. He previously edited the ministry’s magazine, Tabletalk.

In a blog post this morning, Sproul Jr. said he accessed the site “in a moment of weakness, pain, and from an unhealthy curiosity. … My goal was not to gather research for critical commentary, but to fan the flames of my imagination.

“First, I felt the grace of fear. Second, I felt the grace of shame. I was there long enough to leave an old email address. And within minutes I left, never to return,” he wrote. “I did not sign up for their service or interact with any clients. I have always remained faithful to my wife even after her passing.” (His wife died of cancer in 2011.)

Two weeks ago, a group identifying itself as “The Impact Team” released 25 gigabytes of stolen data from Ashley Madison, including millions of users’ account information.

Sproul Jr. wrote, “The grace of God’s judgment bore its fruit, and by His grace I repented of my sin. By His grace, I have also received His forgiveness, the outworking of His love. Prophetic providence had done its good office. Jesus died for this sin, but there are still earthly consequences.

“With the revelation of the hack has come the revelation of my sin. I recently informed the board of Ligonier Ministries, which has handled the matter internally, having suspended me until July 1, 2016,” he wrote. “I also informed my presbytery which is also handling the matter internally. And now the world is informed. My sin, sadly, has impacted those who are innocent—my colleagues, friends, and family. I have and will continue to seek their forgiveness. I covet your prayers.”

About one week after the Ashley Madison hack back in July, Sproul Jr. blogged about it, saying, "The reality is that we all sin before the eyes of the watching God of Heaven and Earth. Not only that, but all of our sins will one day be publicly exposed. On that great day of judgment, there will be no delete; there will be no erase; there will be no way to hide all that all of us have done. It is my hope that this kind of cyber assault might wake us up to that reality."

In that July 22 post, Sproul Jr. said he had "only recently learned about" Ashley Madison. But in his August 31 blog, he said he visited the site in August 2014. He provided no explanation for this apparent misstatement.

[Update: On both his July post on Ashley Madison and a post last week on Josh Duggar, Sproul Jr. has added this statement: "In light of my public statement here, I believe I should have withheld comment on this matter."]