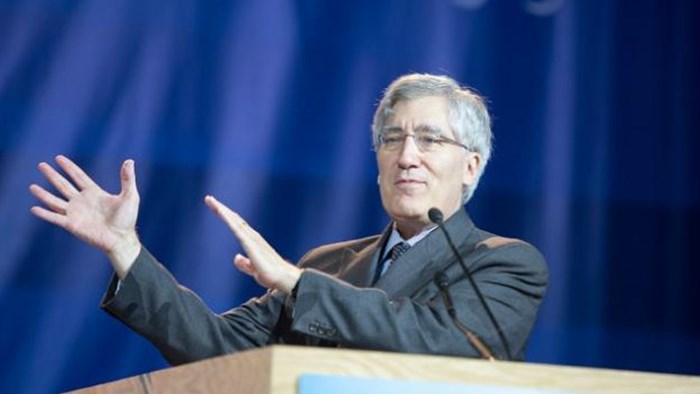 Princeton University professor Robert George, chairman of the United States Commission on International Religious Freedom, is back home after a major health scare this past weekend.

George was hospitalized on Friday after suffering a tear in his aorta, which can be life-threatening. News of his condition quickly spread on social media among pro-life and religious freedom circles.

On Sunday night, George was back on Twitter, with news that he was recovering.

“Home from hospital safe and sound,” he tweeted. “Inexpressible grateful for exceptional medical care and for the prayers and good wishes of so many.”

In a lengthy Facebook post, George thanked friends and supporters of all faiths for their prayers. He said those prayers sustained him while in the hospital. He also thanked doctors for diagnosing a rare condition. That diagnosis likely saved his life, George wrote.

He called himself “the most fortunate, most richly blessed man in the world.” ...