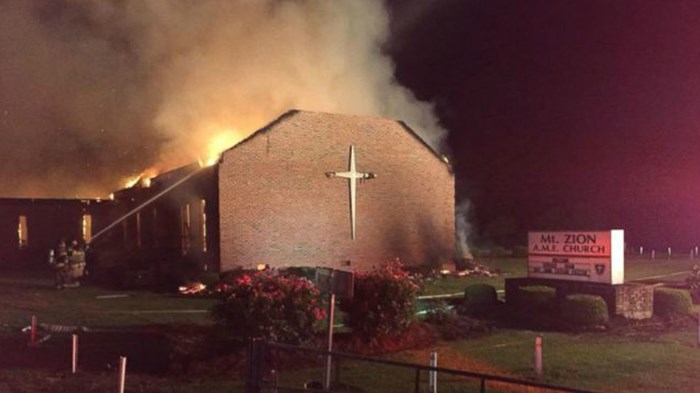 Image: Clarendon County Fire Department
The Mount Zion AME Church has burned down twice, once by an arsonist and once by lightning.

At least half of all fires at churches or houses of worship in the last 20 years were arson, including 29 so far this year, according to Pew Research.

While the number of church fires has declined in recent years, many are still intentionally set. That sets church fires aside from other kinds of blazes.

“Anytime there is a house of worship involved in a fire, ATF is automatically assigned to look into the cause,” said agency Special Agent Tom Mangan with Bureau of Alcohol, Tobacco, Firearms, and Explosives in news reports concerning a major fire at Mount Zion African ... 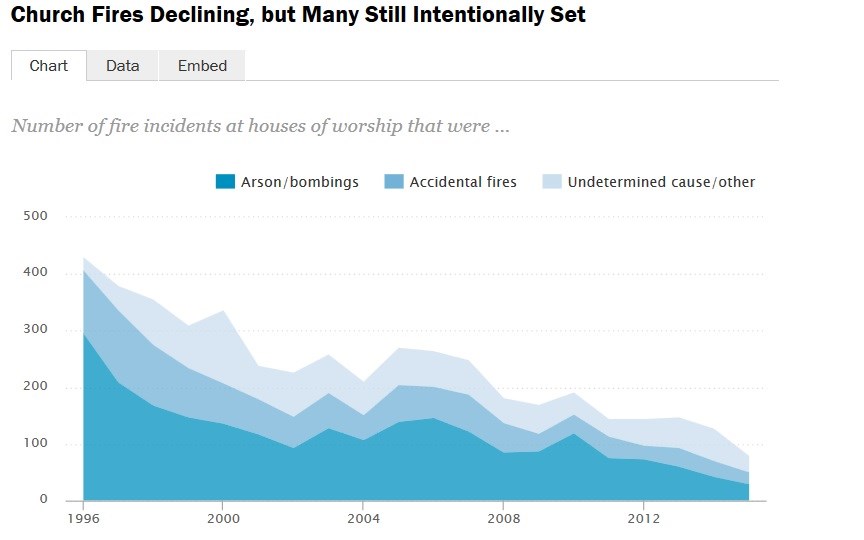