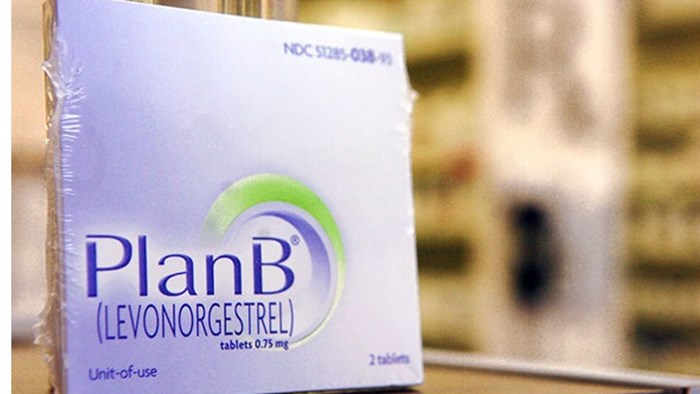 The FDA has approved Plan B and ella for use as 'emergency' contraceptives after sex.

Because the birth control cases all focus on a 1993 federal law, the Religious Freedom Restoration Act, not the Constitution, the Justices will face questions about whether the mandate to provide free access to 20 forms of birth control drugs or devices, sterilization, screenings, and counseling imposes a “substantial burden” on religious freedom of nonprofit employers with religious objections to some or all contraceptives, whether the mandate in fact serves a “compelling interest” of the government, and whether an attempt to provide an exemption from the mandate satisfies the requirement that such an accommodation is “the least restrictive means” of achieving the government’s policy interest.

In September, a federal judge granted March for Life an exemption from the ACA’s contraception mandate on moral—rather than religious—grounds. (It’s a secular nonprofit.) Weeks later, the Eighth Circuit Court of Appeals ruled the IRS could not penalize two Christian schools—Dordt College in Iowa and Cornerstone University in Michigan—for refusing to accept the mandate. It was the first time an appeals court upheld an objection to the latest iteration of the mandate: the Tenth Circuit ruled this summer against an exemption for five other Christian colleges. Neither of those cases have reached the Supreme Court yet, reports Religion Clause.

Wheaton College has announced that, effective tomorrow, it is canceling its student health insurance program, which covers an estimated 700 students, in the aftermath of the appeals court ruling that the school's health insurance provider offer emergency contraception and IUDs.

The school's 3,000 undergraduate and graduate students were informed of the college's decision on July 10. Colleges and universities are not required to provide a health insurance plan for students. But many schools do require students to have health insurance and many operate a health clinic on campus. The college said it was setting aside funds to assist low-income students obtain adequate coverage before the start of the academic year in late August.

During a recent webcast, Paul Chelsen, Wheaton's vice president for student development, said, "What has brought us here is about student health insurance, but it's bigger than student health insurance. What really breaks my heart is that there are real people that are affected by our decision. But if we don't win this case, the implications down the road in terms of what the government will tell us what we can and cannot do will be potentially more significant. I acknowledge that students have been hurt by this decision and I regret that."

The college and other religious nonprofits continue with litigation over the contraception mandate under the Affordable Care Act. An appeal to the US Supreme Court has been filed by some of the nonprofits.

Update (July 23): GuideStone Financial, The Little Sisters of the Poor, and other religious nonprofits are filing an appeal to the US Supreme Court, seeking relief from the Obamacare mandate to provide birth control through their health insurance plans.

Under Obamacare, religious nonprofits are required to provide a free contraception benefit in their health insurance plans or "opt out" for religious reasons. The nonprofits say these requirements violate the free exercise of religion, as guaranteed by the Constitution. The federal appeals court recently ruled against the organizations, which have decided to initiate an appeal to the high court. The court is in recess until October, but may decide before then whether to accept the case for review.

“The government has lost every single time they have made these arguments before the Supreme Court—including last year’s landmark Hobby Lobby case. One would think they would get the message and stop pressuring the Sisters,” said Mark Rienzi, senior counsel of the Becket Fund for Religious Liberty and lead attorney. “The government is willing to exempt big companies like Exxon, Chevron, and Pepsi Bottling, but it won’t leave the Little Sisters alone.”

According to the Becket Fund:

“As Little Sisters of the Poor we dedicate our lives to serving the neediest in society, with love and dignity. We perform this loving ministry because of our faith and simply cannot choose between our care for the elderly poor and our faith, and we shouldn’t have to,” said Loraine Marie Maguire, Mother Provincial of the Little Sisters of the Poor.

Update (July 16): This coming academic year, Wheaton College will not offer a student health insurance plan (SHIP) due to the federal requirement under Obamacare that the plan offer "morally objectionable" products and services—abortifacient drugs and intrauterine devices (IUDs).

"Although the college will continue to seek relief in the courts, the college has been forced to quickly make difficult choices," the school said in announcing the decision on its website. Schools are not required to provide a SHIP benefit to students, but many colleges and universities do so.

Wheaton contracts with Blue Cross, Blue Shield of Illinois to insure faculty, staff, and others. Recently, the insurer informed participants that it, not the college, would cover emergency contraception and IUDs, with no cost sharing or other cost to any one who is covered. The college covers "traditional" birth control through the plan directly. The now final Obamacare contraception mandate rules were released one week ago.

Some two weeks after Wheaton lost its appeal concerning contraception, a similar appeal went down to defeat. On July 14, the 10th Circuit Appeals Court in Denver ruled that Little Sisters of the Poor, a Catholic order that cares for the elderly, would also be required to provide contraception or opt out.

"Today the 10th Circuit ruled that government can force the Little Sisters to either violate their faith or pay massive IRS penalties," lead attorney Mark Rienzi with the Becket Fund said in a statement. "We're disappointed in today's decision." Little Sisters were the lead plaintiffs for about 400 other organizations. A decision on appeal to the US Supreme Court is pending.

In its ruling, the appeals court said Little Sisters and the other plaintiffs did not "demonstrate they will suffer irreparable injury if an injunction is denied." Becket attorneys argued that the opt-out accommodation still was a violation of the constitutional right to the free exercise of religion.

July 8: A federal appeals court will not give Wheaton College a preliminary injunction in connection with its civil suit to be free from one key Obamacare requirement.

So for now, the college is required to notify the government of its objection to providing emergency contraception through the college’s health insurance plan.

When notification takes place, it triggers a program to provide free contraception coverage for health plan participants. The college considers the use of FDA-approved, morning-after pills (Plan B, ella) and intrauterine devices (IUDs) immoral since such contraception may work after fertilization.

But the US District Court of Appeals (Seventh Circuit) on July 1 denied the preliminary injunction. “[Notification] is hardly a burdensome requirement; nor does it leave the provider—the opt out—with any residual involvement in the coverage of drugs or devices of which it sincerely disapproves on religious grounds,” wrote Judge Richard Posner.

The court said it was denying the injunction for two reasons.

“[Wheaton College] has failed to show that delaying a judgment in its favor to the conclusion of proceedings in the district court would do the college any harm...The college has also failed to match the relief it seeks to the illegalities it alleges...the government isn’t using the college’s health plans, as we have explained at perhaps excessive length.”

The court noted that Wheaton's Community Covenant does not mention contraception. But the court said the college's covenant implies that a human being begins at conception, "which means contraception after intercourse, is forbidden on religious grounds if it can destroy a fertilized ovum." The college does not oppose contraception that prevents fertilization.

“Wheaton College is disappointed by the court’s denial of our request for preliminary relief,” said Philip Ryken, Wheaton College president, “but we remain hopeful for a time when the government will allow us to provide healthcare for our employees and their families in full accordance with our common faith.

“We will continue to pursue the freedom to practice our beliefs—even as the government seeks to change the terms of our healthcare plans against our will.”

The Becket Fund is a religious liberty law firm which has represented religious nonprofits including Wheaton College in the battle over the contraception mandate in the Patient Protection and Affordable Care Act. The Washington Timesreported:

Nonprofits are now 0—5 in the circuit courts, depriving them of a coveted win that could force a showdown before the same Supreme Court that sided with family-owned corporations in its “Hobby Lobby” ruling on the mandate, which is an outgrowth of the Affordable Care Act of 2010.

Appellate judges have said the 2014 ruling is of little help to the nonprofits, because the corporate objectors didn’t have the luxury of opting out. Faith-based hospitals, colleges and charities have complained they are still complicit in providing drugs and services they find sinful.

After the Hobby Lobby ruling last year, the Obama administration devised a new solution to address religious objections to contraception among religious charities and nonprofits. Instead of filling out a form that notifies the insurance company of any religious objections, organizations in writing would notify the government of their objections. The government will then notify the insurance company or a third-party administrator to provide contraception coverage, paid for by the federal government.

But that solution remains unacceptable to many religious nonprofits. “It appears to still use their insurance plan,” Emily Hardman of the Becket Fund said. “Their insurance plan is still the mechanism through which this would be happening.”

Passing notification through a different channel doesn’t clear up the problem, she said. “One objection is that you are making me morally complicit in something I can’t do,” Hardman said. “You’re forcing me to outsource a sin, and I can’t do that anymore than I can do it myself.”

The mess could be cleared up if the government gave a clear exemption for religious nonprofits and “faith-shaped communities” like it did for churches, according to a press release from the Institutional Religious Freedom Alliance:

[The government] should devise some means other than employer health plans to ensure no-cost coverage of legal contraceptives services. An alternative means of ensuring access would both actually lift the religious freedom burden from religious nonprofits and for-profits and actually ensure maximum access—which the current employer-based scheme does not because of all of the exceptions (church exemption, grandfathered plans, small businesses not required to offer health insurance, etc.).