Christians are divided over whether immigrants are drain on resources or an opportunity to share Jesus.
Bob Smietana - Facts & Trends|March 11, 2015 10:03 AM 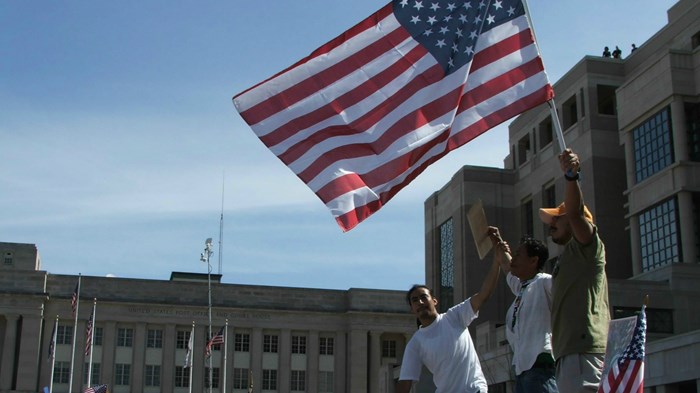 When it comes to immigration reform, American evangelicals want it all.

Nine out of 10 want more border security. Six in 10 support a path to citizenship for undocumented immigrants. More than two-thirds favor both. And they want Congress to take action soon.

Those are among the results of a new survey of evangelicals from Nashville-based LifeWay Research. The study, sponsored by the Evangelical Immigration Table and World Relief, found widespread support for immigration reform. 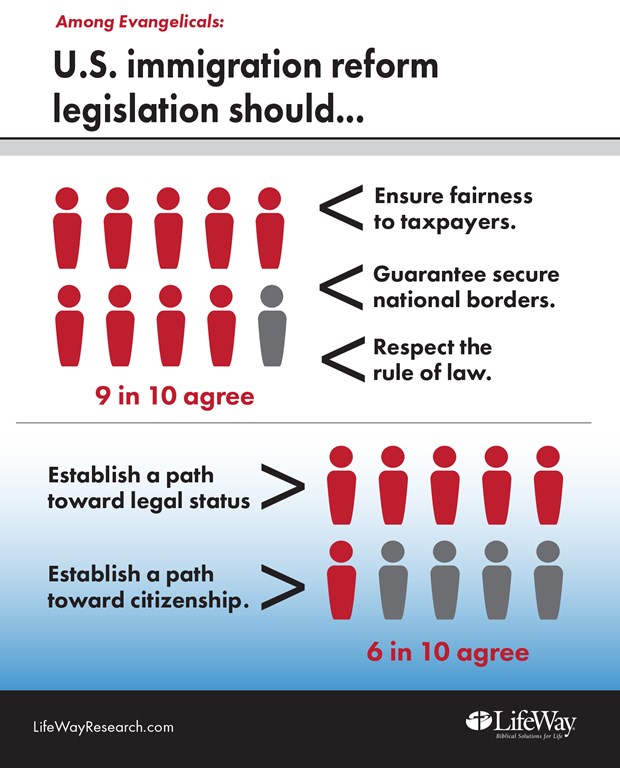 A November 2014 LifeWay Research study found many pastors want a mix of justice and mercy when it comes to immigration. More than half (54%) support a path to citizenship. Most (91%) evangelical pastors also say the government should stop illegal immigration.

In the February 2015 study, researchers found similar views among all evangelicals.

Nine out of 10 say reform should respect the rule of law and secure the national borders. They also want to protect the unity of immigrant families (72%) and to respect people’s God-given dignity (82%).

More than two-thirds of evangelicals say it is important for Congress to take action on immigration reform this year. And half are more likely to vote for a candidate who supports border security and citizenship.

“Evangelicals care about immigrants and want immigration reform,” says Leith Anderson, president of the National Association of Evangelicals. “We pray for Congress to stop waiting and start legislating." 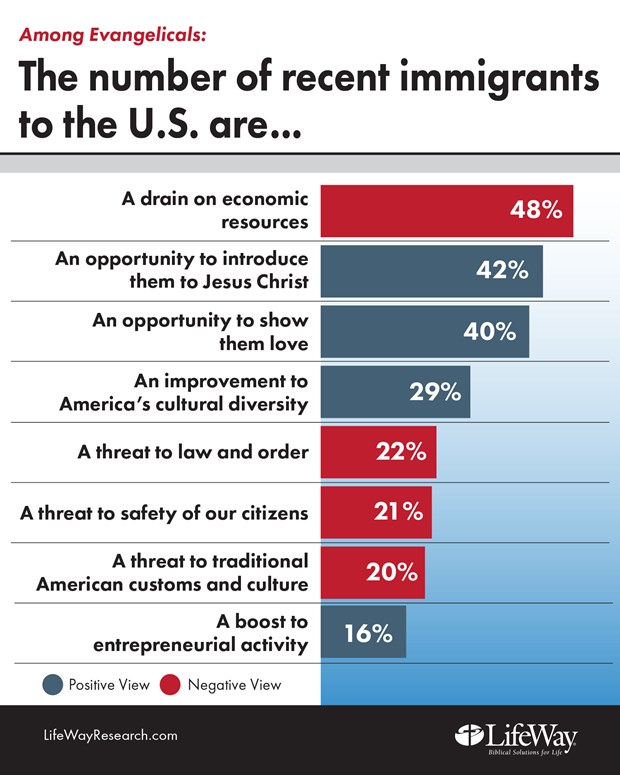 Some evangelicals are uneasy about the number of recent immigrants to the US, according to the survey. Almost half say immigrants drain the country’s economic resources. About a quarter say immigrants are a threat to law and order. One in five believe immigrants threaten traditional American customs and culture.

Other evangelicals view immigration as a chance to love immigrants (40%) and or to share Jesus with newcomers (42%).

An average of about 600,000 Christian immigrants became permanent US residents each year, Pew Research found in a 2013 report. "From 1992 to 2012, an estimated 12.7 million Christians received green cards. By comparison, the total Christian population in the US was about 247 million in 2010," it noted.

Researchers asked evangelicals to list which factor has most influenced their beliefs about immigration. About one in 10 chose the Bible, and only 2 percent named their church. Among other influences: relationships with immigrants (17%), friends and family (16%) and the media (16%).

LifeWay Research also found many churches don’t talk about immigration, and few take action on this issue. Two thirds of evangelicals say their church has never encouraged them to reach out to immigrants.

Still, evangelicals are interested in what their faith says on this topic. About half are familiar with the Bible’s teaching about immigrants. Two-thirds say they’d value hearing a sermon about the Bible’s views on immigration.

"The sad part of this research on immigration is that American evangelicals are more influenced by the media than by their Bibles and their churches combined,” says Anderson. “We need to turn off our TVs and open up our Bibles.”

A demographically balanced online panel was used for interviewing American adults between February 17-27, 2015. Quotas were used to balance gender, ethnicity, age, region, and education. Respondents were screened to only include those who consider themselves an evangelical, a born-again, or a fundamentalist Christian. This report refers to these as “evangelicals.” The completed sample is 1,000 surveys.