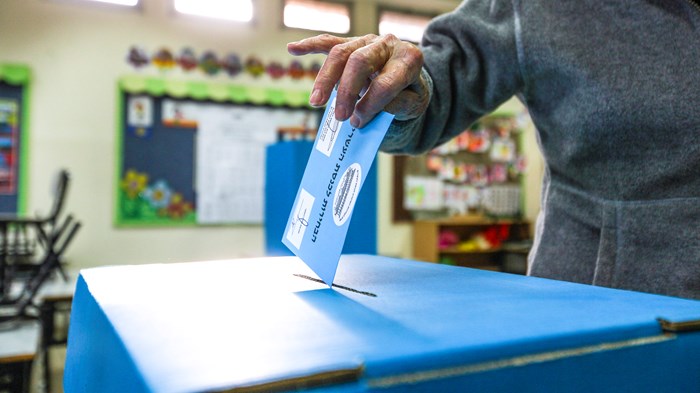 From one direction, Prime Minister Benjamin Netanyahu rallied his base by warning, “The Arabs are flocking to the polls in droves.” From the other, Ayman Odeh, a Palestinian-Israeli politician from Haifa, led an unprecedented but disjointed coalition of Arab secularists, communists, and Islamists, and received the endorsement of Hamas.

The tension illustrates the struggle of Arab Israeli Christians to craft a national identity between the increasing clamor of Zionism and Islamism. The result, according to evangelical leaders: a “ghetto mentality” among Christians and fewer opportunities for public witness and ministry.

As voter turnout surged, however, so did Arab participation. Odeh’s “Joint List” placed No. 3 among the 10 parties that captured seats in the Knesset, Israel’s parliament. “I’m very wanted in my homeland,” Odeh replied.

But where is this homeland for Arab Christians? The answer is quite contested.

“The level of comfort in identifying as an Israeli is not very high,” said Botrus Mansour, general director of Nazareth Baptist School. “Israel doesn’t help in that.”

A contributing factor is the implosion of regional secular Arab nationalism amid an increasing emphasis on Islamic identity.

“They [Arab Christians in Israel] see what is happening with Christians in the Arab world,” said Mansour, mentioning Iraq, Syria, and Egypt specifically. “Despite the fact that they are second-class citizens in Israel, they feel they live in reasonable conditions economically, and with reasonable freedom of expression that other Christian Arabs in the Middle East do not enjoy.

Israel’s Arab population is roughly 20 percent of the Jewish state’s 7.9 million people. Of these, only 157,100 are Christian, according to the latest statistics (gathered in 2012) from the Israeli Census Bureau.

“Our research asks people who they are,” said Duane Alexander Miller, lecturer in church history and theology and co-author of the study with NETS president Azar Ajaj. “There is not a huge aversion to being called Israeli, which is somewhat surprising.”

Baptist churches make up the majority of the Convention of Evangelical Churches in Israel, which is seeking official recognition from the government. Partners include the Assemblies of God, Brethren, Nazarene, and Christian Missionary Alliance churches, totaling 35 congregations.

But there is a newer, fledgling movement of ethnic identity that also identifies strongly with Israel. In September 2014, approximately 20,000 Christians became eligible to have their national ID cards identify them as “Aramean,” rather than “Arab.”

Critics say the movement, endorsed personally and energetically by Netanyahu, is meant to divide Arab Christians against Muslims. CT has reported previously on Christian rejection of Israel’s efforts to legally divide Arab Muslims and Christians into separate minority categories, as well as efforts to enlist Arab Christians into the Israeli military while bypassing Muslim citizens. Meanwhile, a draft law passed by the cabinet in November separates the Jewish and democratic natures of the state, and delists Arabic as a national language.

Mansour calls the Aramean effort a “hoax.” Shadi Khalloul, head of the Christian Aramean Association in Israel, advertises only 250 families have applied for the change.

But according to a poll conducted by Israeli Channel 10, Arabs in Israel as a whole prefer life under the Israeli government, versus under the Palestinian Authority. More than three-quarters (77%) agree, despite only 9 percent saying they enjoy equality with Jewish Israelis and nearly all experiencing racism to some degree.

“We are really very confused, we don’t have any more trust in identities,” said Elias Said, a house church pastor in Haifa with an Assemblies background. “Israel is not doing a favor for anyone, this is for sure. But we look around and say, ‘It is better to live here.’”

Israel’s Christians from traditional Catholic or Orthodox backgrounds display more variance in their identity than evangelicals, but follow a similar pattern. Sammy Smooha of the University of Haifa surveyed 700 Muslims, Christians, and Druze, and confirmed that 47 percent of Christians identified as Israeli/non-Palestinian.

Yet a full 24 percent called themselves Palestinian/non-Israelis, near-denying their nation of citizenship. (The remainder, 29 percent, said they were both.)

Smooha presented his research at a January conference on Palestinian Christian Identity in Israel, held at the Hebrew University of Jerusalem. It was co-hosted by Musalaha, an influential reconciliation ministry headed by Salim Munayer of Bethlehem Bible College.

Munayer recognizes there is a deemphasizing of the political aspects of Palestinian identity due to the Islamist takeover of their struggle. But Christians also feel excluded from the other direction by the rise of Jewish nationalism.

About 1 in 5 Israeli Jews (21%) identify with the “national-religious” sector, otherwise known as religious Zionism, according to research released in January by the Israel Democracy Institute. An additional 23 percent identify slightly. While this leaves a narrow majority (53%) of Israelis not belonging at all, the institute stated previous estimates put the national-religious camp at no more than 10 percent.

The result, according to Munayer’s research (co-authored with Gabriel Horenczyk of the Hebrew University and published in the October 2014 edition of the International Journal of Psychology), is that Christian youth are rejecting affiliation with both Jews and Muslims.

In 1998, the predominant attitude of over 200 Arab Christian adolescents surveyed was of integration with Israeli Jewish culture. By contrast, the attitude toward Arab Muslim culture was one of separation.

But 10 years later, adolescents exhibited a primary posture of increasing separation toward both.

“In Israel, Muslims and Jews are moving from a nationalist ideology to a religious-nationalist ideology,” Munayer said. “The more we see this trend focus on religion, the more minorities feel isolated. Palestinian Israeli Christians are developing a ghetto mentality as a result.

“This is sad because in separating ourselves from these two communities, we have fewer opportunities for witness and ministry. We see an increase in exclusive Christian clubs, and a lack of welcome for others who are different.”

And the statistics confirm their increasing religiosity. Smooha’s research also shows 48 percent of Christians rank religion as their primary identification marker, in preference over Palestinian or Israeli, nearly identical to Muslim trends.

So while evangelical pastors rejoice as church attendance increases, many Christians are torn and wearied of the simplest, but most crucial of questions: Who am I?

“There are competing sub-identities,” said Mansour, who voted for the Joint List despite reservations. “Emphasizing one comes at the expense of the other.

“Unfortunately, we as Palestinian Israeli Christians are the guinea pigs. But we must empathize with our disadvantaged people who the Lord put us among and called us to serve.”