Police investigated sexual assaults in 2006, but no charges were brought against Duggar. TLC pulls program from its lineup.
Timothy C. Morgan|May 22, 2015 09:59 AM 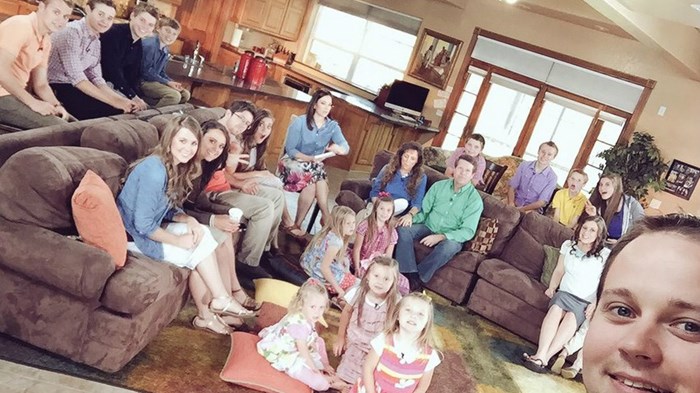 Josh Duggar, 27, the eldest child in the Duggar family of 19 Kids and Counting, apologized for acting “inexcusably” after InTouch, a gossip website, revealed that he had “forcibly fondled” 5 girls, all minors, when he was about 15 years old.

“Twelve years ago, as a young teenager I acted inexcusably for which I am extremely sorry and deeply regret. I hurt others, including my family and close friends. I confessed this to my parents who took several steps to help me address the situation,” Duggar said on the family’s official Facebook page. The hit TLC series, based on the Arkansas family, has been on the air since 2008.

Duggar also resigned his job as executive director of FRC Action, an affiliate of the Washington, D.C.-based Family Research Council (FRC). The Hollywood Reporter on Friday published that TLC aired a 19 Kids marathon on Thursday, sparking viewer outrage. On Friday, TLC without comment pulled the May 27 program from its broadcast schedule.

“Today Josh Duggar made the decision to resign his position as a result of previously unknown information becoming public concerning events that occurred during his teenage years,” said Tony Perkins, president of FRC, in a statement. “Josh believes that the situation will make it difficult for him to be effective in his current work. We believe this is the best decision for Josh and his family at this time. We will be praying for everyone involved.”

InTouch broke the story earlier this week after filing a Freedom of Information request. The entire police report from Springdale, Arkansas, where the Duggar family lived at the time, is available on its website. No charges were filed in the case, though some of the assaults described in the report would have been felonies.

According to the police report, the initial assault took place in 2002 when Josh was 14. A minor girl told Josh’s father, Jim Bob, that Josh touched her breasts and genitals while she slept. There were other incidents in 2003, causing Jim Bob to consult with church elders. They agreed that Josh would enter a residential treatment program. But, instead, he was sent away to work with a family friend in home remodeling for several months. The assaults apparently stopped by the end of 2003.

In 2006, police interviewed Jim Bob and Josh’s mother, Michelle. According to InTouch:

Jim Bob told police in 2006 that when Josh returned home in 2003, Jim Bob, accompanied by some of his church elders, took Josh to Arkansas State Trooper, Jim Hutchens. Jim Bob knew Hutchens personally. Hutchens did not take any official action and instead gave Josh a “very stern talk.” As In Touch magazine reports exclusively in this week’s issue, Hutchens is now serving 56-years in prison for child pornography. He took no action on the Duggar case.

Josh’s parents, who are Independent Baptists and outspoken about their faith, addressed the reports on their official Facebook page, “When Josh was a young teenager, he made some very bad mistakes and we were shocked. We had tried to teach him right from wrong. That dark and difficult time caused us to seek God like never before. Even though we would never choose to go through something so terrible, each one of our family members drew closer to God.”

Sentiment in the Christian community was running in opposing directions as the news of the assaults spread.

On Facebook, Boz Tchividjian, founder of GRACE (Godly Response to Abuse in the Christian Environment) posted, “Praying for all children who have been sexually victimized and then tragically told that that Jesus demands them to forgive, forget, and move on. Those retraumatizing demands don’t come from Jesus.”

A woman Christian leader observed, “Our tendency to jump to stories of forgiveness and restoration for abusers in Christian circles––at the expense of the victims––is shameful. I doubt the victims feel like God has used this for good in their lives. The choice to (repeatedly) sexually abuse children is not simply a ‘mistake’ and it demands more than a ‘stern talk.’ ”

Another Facebook commenter said, “For Josh Duggar to own up to his mistake and to repair the damage done to his own mind and to make amends with the people he did this to, I think shows a lot of courage and strength.”

According to media reports, TLC and the Springdale police department have not responded to media requests for comment or corroboration of the InTouch account of the assaults.