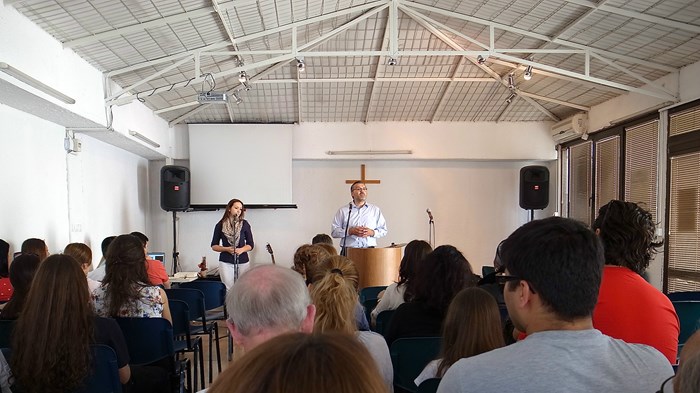 Want to know if someone is an evangelical?

Ask them what they believe.

That’s the conclusion of a two-year collaboration between the National Association of Evangelicals (NAE) and Nashville-based LifeWay Research to improve the contested ways researchers quantify evangelicals in surveys. Their report, released today, defines evangelical by theology rather than by self-identity or denominational affiliation.

The NAE, one of several stewards of the term, hopes that the new belief-based research definition will replace older definitions based on race or politics that lead to incomplete results. For example, the report notes that "though the African American Protestant population is overwhelmingly evangelical in theology and orientation, it is often separated out of polls seeking to identify the political preferences of evangelicals."

“Evangelicals are people of faith and should be defined by their beliefs, not by their politics or race,” said NAE president Leith Anderson. [CT previously explored how politics keeps evangelicals white.]

The new report identifies four key statements that define evangelical beliefs, creating what may be the first research-driven creed.

Only those who strongly agree with each of those statements should be considered “evangelical by belief,” according to the NAE.

“We’re not saying these are the only evangelicals, but we are saying this will define someone as having evangelical belief,” said Scott McConnell, vice president of LifeWay Research.

A list of 17 statements was eventually narrowed to a set of four.

“Affiliation and behavior can be measured in addition to evangelical beliefs, but this is a tool for researchers measuring the beliefs that evangelicals—as determined by the NAE—believe best define the movement,” he said.

LifeWay confirmed the statements are statistically valid, reliable, and form a valid scale, testing them in online and phone surveys.

“This simple set of four questions reliably discerns those who share evangelical beliefs from those who do not,” Stetzer said.

More than half strongly agree that the Bible is their highest authority (52%) and that Jesus’ death is the only sacrifice that could remove the penalty of sin (58%). Almost as many strongly agree that it is important for them to personally encourage non-Christians to trust Christ (49%) and that only those who trust solely in Jesus will be saved (48%).

About 3 in 10 Americans fit the NAE/LifeWay statistical definition of what would count as evangelical by belief.

That number aligns with other studies using other methods, Stetzer said.

For example, 35 percent of Americans describe themselves as “born again or evangelical Christian,” according to the Pew Research Center’s 2014 US Religious Landscape Study, and 25 percent identify with evangelical churches.

“Identity, belief, and behavior are three different things when it comes to being an evangelical,” McConnell said. “Some people are living out the evangelical school of thought but may not embrace the label. And the opposite is also true.”

“African American Christians historically have high levels of beliefs that align with evangelical beliefs but tend not to use that term,” Stetzer said.

Anderson said, “Evangelicals are ‘good news’ people. We appreciate research and want to learn more from researchers about our community. This new method will help get us all on the same page about who are evangelicals.”

The phone survey of Americans was conducted Sept. 8-21, 2015. The calling utilized random digit dialing. Fifty percent of completes were among landlines and 50 percent among cell phones. Maximum quotas and slight weights were used for gender, region, age, ethnicity, education, and religious preference to more accurately reflect the population. The completed sample is 1,000 surveys. The sample provides 95 percent confidence that the sampling error does not exceed plus or minus 3.7 percent, including weight effects. Margins of error are higher in sub-groups.