A Splintered Boko Haram Becomes an Even Greater Threat to Christians

The plight of the 218 kidnapped Chibok schoolgirls remains uncertain after a recent split in the world’s deadliest terrorist group.
Sarah Eekhoff Zylstra|August 23, 2016 08:00 AM 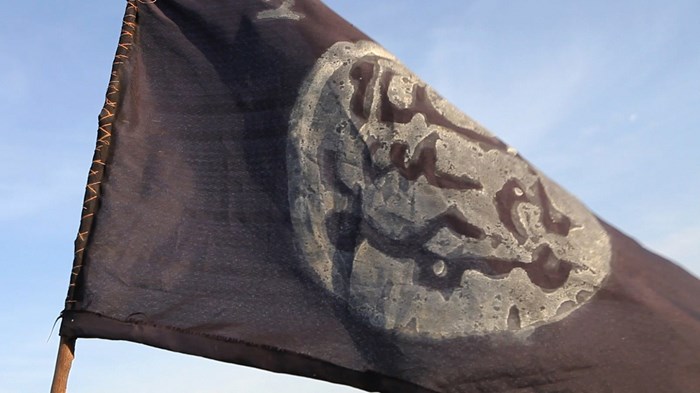 A fracturing Boko Haram isn’t good news for the 218 mostly Christian schoolgirls who have been held captive since 2014.

In fact, militants killed 10 and kidnapped 13 more women and children from the primarily Christian village of Chibok on Saturday—the same place the girls are from. And a new video of the girls seems to signal new pressure on the Nigerian-based radical Islamist group.

Outside pressure comes from Nigeria’s military, which cracked down on Boko Haram’s territory in the northeast after the country elected Muhammadu Buhari as president in 2015. Buhari promised to dismantle Boko Haram within a year; although he hasn’t done so, military pressure on the terrorist group has increased and its territory has shrunk.

Buhari has also been working on his relationship with the United States, which stepped up military help to the area. Secretary of State John Kerry will visit Buhari in Nigeria this week; security concerns are on the agenda.

Abu Musab al Barawi, who is the son of Boko Haram founder Mohammed Yusuf, was reportedly chosen because he is less violent toward Muslims than his predecessor. He immediately promised to narrow the scope of attacks to Christians.

The militants will handle Christians by “booby-trapping and blowing up every church that we are able to reach, and killing all of those who we find from the citizens of the cross,” al Barawi reportedly told an Islamic newspaper.

But Abubakar Shekau, the previous head of Boko Haram, hasn’t stepped aside. In a new video, he called al Barnawi an infidel who was trying to usurp him.

The change-up in leadership might lead to more targeted attacks—both on Christians and on security forces, like the recent attack on a UNICEF humanitarian convoy, according to an analysis by the Institute for Security Studies.

It might also account for the video of the kidnapped Chibok schoolgirls that appeared last week. It seems the girls are still in Shekau’s control, since the militant in the video referred to Boko Haram by its traditional name and claimed to be Shekau’s successor.

The video, which portrays about 50 girls, may be a way to remind the world that even though Shekau doesn’t have foreign backing, he still controls the girls and cannot be ignored. A masked militant said that the girls will never be returned unless captured Boko Haram terrorists are released. He also demanded that the government halt its air strikes.

The footage swung public attention and sympathy back to the girls, who were kidnapped from their boarding school in April 2014. The militant claimed that some of the girls were injured in government air strikes, and indeed, several bodies of young girls could be seen on the ground.

He also said that 40 of the girls have been “married” to their captors. (One of those married girls—and her Boko Haram “husband” and baby—managed to escape and was picked up in Sambisa Forest in May.)

The Nigerian government is “in touch with those purportedly behind the video,” but things have been compounded by the militant group’s infighting.

“We are being extremely careful because the situation has been compounded by the split in the leadership of Boko Haram,” stated Nigeria’s minister of information and culture, Alhaji Lai Mohammed.

Boko Haram has killed more than 20,000 people since 2009, making it the world’s most deadly terrorist group and Nigeria the third-most terrorized country in the world (after Iraq and Afghanistan). Fatalities from terrorism increased by 300 percent from 2013 to 2014, to more than 7,500, according to the latest Global Terrorism Index Report from the Institute for Economics and Peace.

The country is No. 12 on Open Doors’ list of the hardest place in the world to be a Christian.

A Splintered Boko Haram Becomes an Even Greater Threat to Christians

A Splintered Boko Haram Becomes an Even Greater ...