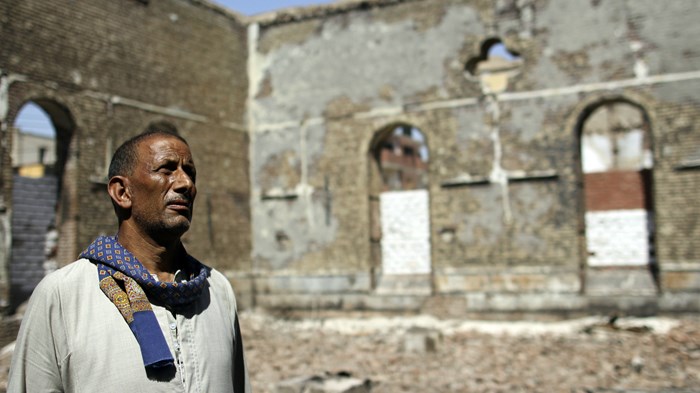 Egypt’s parliament approved a new church-building law this week, relieving the nearly insurmountable requirements—some set by the Ottoman Caliphate in 1856—that Christians had to meet before constructing a church.

The bill, which gained the two-thirds majority it needed for approval, still places more restrictions on building churches than on building mosques. But several Coptic MPs said it was “a step in the right direction,” according to Ahram Online.

The 13-article law allows provincial governors—instead of the president—to approve church building or restoration permits, and requires a decision from them within four months of an application. The law also limits church size to the number of Christians in the area, but states that population growth must be taken into account.

A parliamentary report said the law’s clearly laid out procedures will make church construction easier to achieve. The report also commended a provision allowing unregistered churches to operate freely until a government committee can determine whether they are structurally sound and, if so, retroactively grant them a license to operate.

The law met the main requirements—the authorization of unlicensed churches and the ability to put crosses on church domes—of Orthodox, Catholic, and Coptic church leaders and gained their approval. But not everyone was happy with the outcome.

“Article I defines a church as a ‘walled stand-alone building,’ a condition which cannot be met in many villages,” said one anonymous source, which World Watch Monitor translated from Arabic website DotEgypt. “Article II makes the area of a proposed church contingent on ‘the need and number’ of local Christians. Who decides that Christians need or do not need a church in any given locality? As for ‘numbers,’ they’ve always been contested, as the State inexplicably refuses to put a number to the Christian population.”

The success of the law depends on the good intentions of governors and other state officials, Coptic Orthodox Church bishop Makarios told Reuters.

Rafik Greish, a spokesman for the Coptic Catholic Church, called it “a massive jump after 160 years of legislation governing church building and renovation.”

Egypt is scheduled to vote as early as next month on a law that would ease the country’s historic restrictions on church construction.

More than 160 years ago, the Ottoman Caliphate ordered that anyone who wanted to build a Christian church get the approval of the country’s ruler, then a sultan, now a president. At the time, it represented progress since for centuries building a church—not permitted under Islamic Sharia—was a rare occurrence.

The law stood for nearly 80 years before some administrative regulations were introduced—not to ease up on church building restrictions, but to make them even harder. Christians were required to gain the approval of local Muslims and to make sure the proposed church was at least 340 feet from the nearest mosque. They also couldn’t build near schools, village canals, railways, government offices, government facilities, or between residential areas.

That law still stands in the majority-Muslim country where Christians make up about 10 to 15 percent of the population of more than 90 million. Most belong to the Coptic Orthodox Church.

Not surprisingly, few churches have ended up being built. Over the past 60 years, an average of two churches a year have been approved, according to Coptic Solidarity. Egypt has less than 2,600 churches total, which works out to about 1 for every 5,500 Egyptian Christians. (By comparison, there is about 1 mosque for every 620 Muslims in Egypt.)

Christians end up meeting in overcrowded churches, in house basements, or in the premises of NGOs, according to World Watch Monitor.

But since they aren’t legal, they’re vulnerable and have proven to be an easy target for Islamist extremists. In 2013, during Egypt’s civil unrest, 52 churches were destroyed, 12 were damaged, and 29 people were killed, according to the US State Department. In July of 2015, a mob firebombed a church in Alexandria; police were noticeably slow to respond.

And this summer, an enormous mob set 80 Christian homes on fire after learning that one was going to serve as a house church.

The response of the Egyptian government has brought flickers of hope. Over the past two years, authorities sentenced more than 100 people to prison for attacking churches, other public buildings, and police. Last Christmas, Egyptian president Abdel Fattah al Sisi apologized that it was taking so long for the army to rebuild the churches that were damaged or destroyed by the flood of violence in 2013, and promised to get them all reconstructed—within a year.

“Please accept our apologies for what happened,” al Sisi said at a Christmas Eve mass. “God willing … by next year there won’t be a single house or church that is not restored. We have taken too long to fix and renovate [churches] that were burned. This year everything will be fixed.”

In addition, Egypt’s 2014 constitution included a requirement that Parliament pass legislation—in its first term—to ease the construction of churches. And so Parliament set itself a goal of approving a law by the end of September.

Rumors of a draft have cropped up here and there, most indicating that Christians will now need the approval of a governor instead of the president before constructing a church. There have also been reports that a deadline—sometimes reported as 60 days, sometimes 4 months—will be set on the government’s response so applications for churches won’t languish.

One even apparently has the approval of Orthodox, Catholic, and evangelical leaders.

But there’s been no official confirmation, Coptic Solidarity past president and board member Adel Guindy told CT.

“I have seen ‘a text’ in Arabic,” he wrote in an email. “Whether it is 'the' official bill or not, nobody knows.”

Worse still, if this specific text was indeed the one to be voted on, then it would be little more than legalizing the current absurd system. One example is its vague language which makes it susceptible to multiple interpretations, ultimately putting the decision-making into the hands of the notorious security apparatus—just like it has been the case for decades.

As the September deadline looms closer, Egyptian Christians continue to wait. They know a missed deadline wouldn’t be Parliament’s first.

“There are some reports that the process is facing some hurdles and might altogether be delayed,” Guindy told CT.