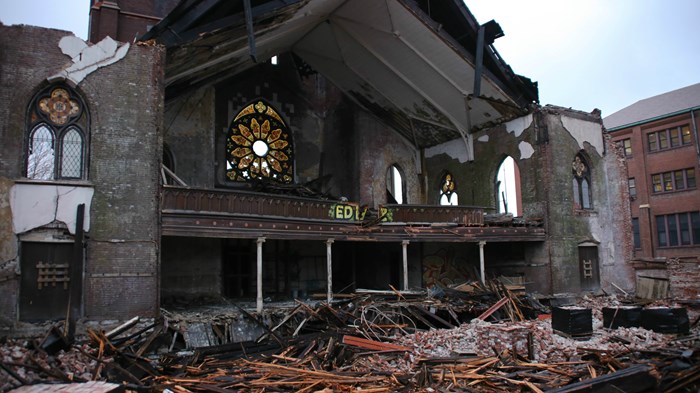 Those late-night board meetings at church may have you dragging the next day, but they’re actually a sign of a healthy church.

Boards that meet for longer than two hours reported that their leadership was more effective than those that meet for a shorter period of time, according to a new survey by the Evangelical Council for Financial Accountability (ECFA).

For the first time, ECFA asked board members and church staff from more than 500 churches how their congregations are governed. Here’s a snapshot:

“The most effective boards spend between 21 and 40 hours together over the course of a year,” ECFA reported. 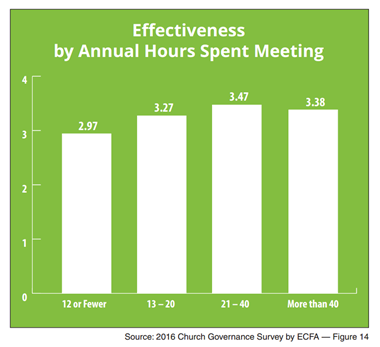 That adds up to at least one two-hour meeting a month. Boards that meet less frequently self-report being less effective.

That’s probably because the No. 1 qualification for a board member is faithfulness. Almost 90 percent of those surveyed said that was a characteristic they desired in church board members, far above the No. 2 qualification—being a consistent giver—which was desired by 52 percent of respondents. 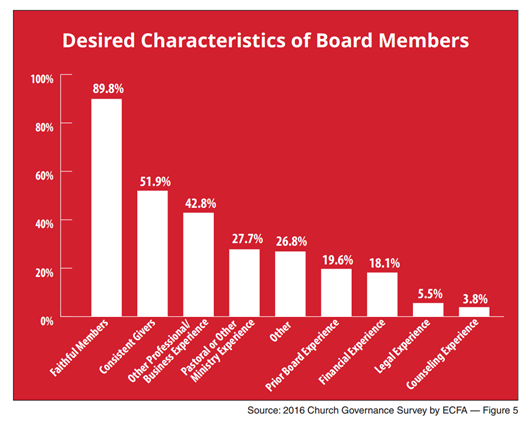 Most church boards function pretty well; at least, 81 percent of those surveyed said their board was “very effective.”

ECFA identified six top characteristics that seemed to point to a healthy board:

Not surprisingly, boards with less power to make decisions—from borrowing money to terminating the pastor to selecting other board members—are seen as less effective than those with more power. 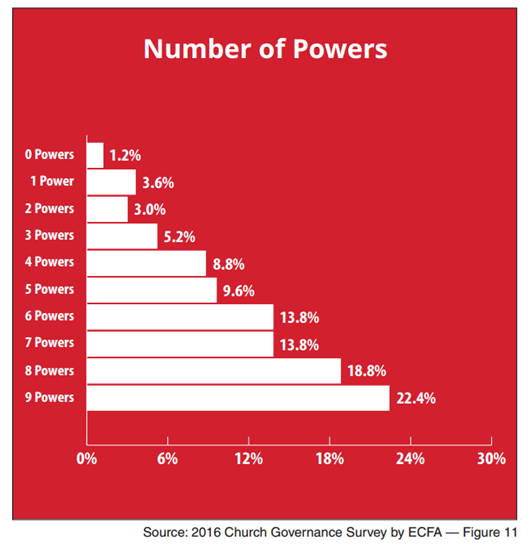 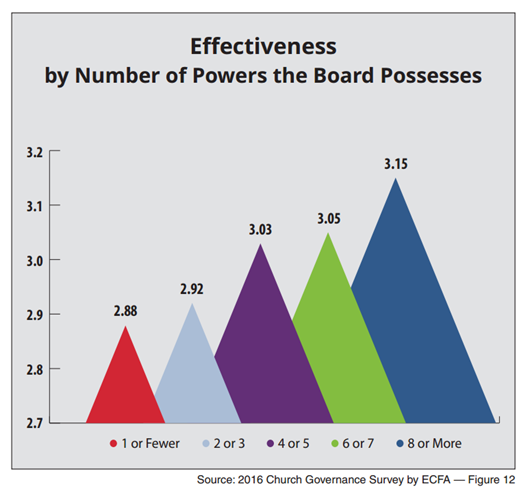 Boards reported that their greatest strengths were setting the pastor’s compensation (3.53 on a 4-point scale) and holding the pastor accountable (3.42). They ranked themselves lower on offering strategic input (3.07), challenging or correcting the pastor (3.01), and assessing risks (2.98).

Most survey respondants said they’d like training on self-assessing their board service, overseeing risk management, and teaching generous giving. They were less interested in avoiding conflicts of interest (only 16 percent of churches have a policy and check conflicts annually), understanding financials, and establishing budgets. 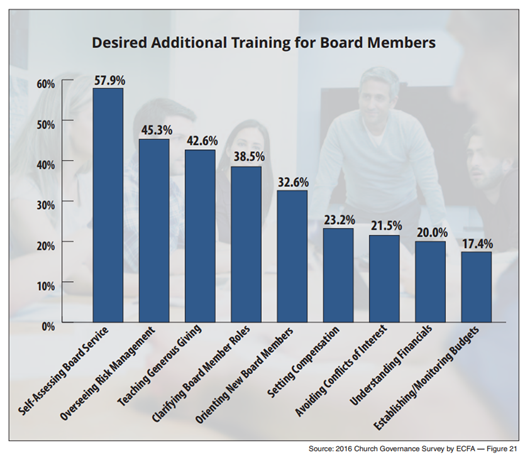 ECFA is offering a webinar today on the survey findings. 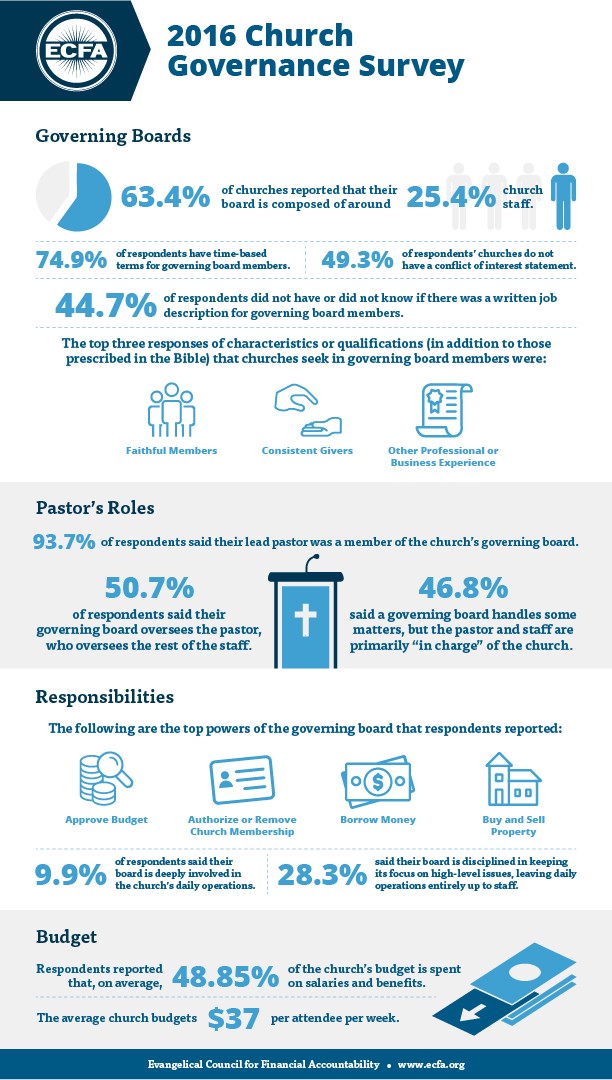