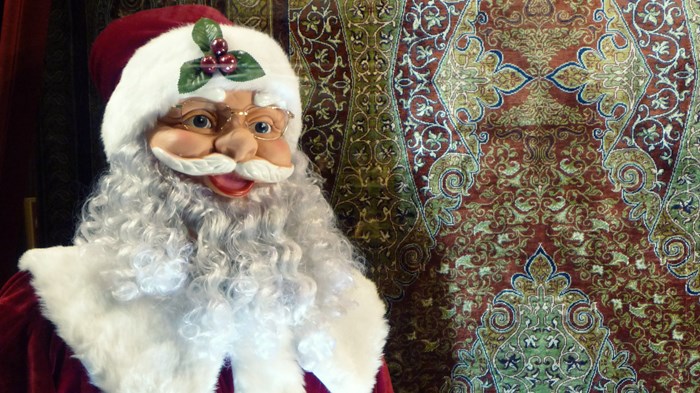 “No more Christmas celebration and/or lessons on Christmas including carol singing is permitted, effective immediately,” according to an email sent last week to dozens of high school teachers in Turkey.

About 35 German-funded teachers at Istanbul Erkek Lisesi (Istanbul High School) received a messaged saying that the National Ministry of Education had communicated that no more of these activities should take place.

That Turkey is the homeland of the real Santa Claus is an irony largely lost on most media: St. Nicholas, who secretly left gifts for poor children, was in fact Bishop Nicholas. He lived in circa AD 300 in Demre (formerly known as Myra), in Lycia, Southern Turkey.

Church history teaches that Nicholas attended the Council of Nicea, close to Istanbul, where 300 early Church Fathers agreed on their core beliefs as followers of Jesus Christ. It’s the teaching of these beliefs that now appears to be being challenged.

German broadcast media Deutsche Welle (DW) reported that the school management denied that they banned celebrating Christmas. However, DW reports the school said that German teachers have recently been “talking about Christmas and Christianity in a way that was not foreseen by the curriculum.”

Online portal Diken quoted the head of the commission for the new Turkish constitution and deputy from the ruling Justice and Development Party Mustafa Sentop as saying, “We will not allow missionizing/proselytizing in a government institution.”

The directive from the National Ministry of Education particularly affected the German teachers who’d been working hard over two or three months to prepare the content and choir for a Christmas carol concert to be performed at the high school. The performance did take place last Friday as planned, with a revised program. The choir director had only a couple of days to amend all the music and carols. (For the past seven or eight years, the German and Austrian consulates have collaborated with the high school on the concert: it’s not clear if a separate performance was also due to take place at the German consulate.)

The BBC quoted a statement in which the school said the concert “was allowed to take place under the supervision of the Turkish education ministry and with individual pupils’ parental permission—but that the teachers pulled out…without giving a reason.”

The school statement concluded, “It must be asked who these provocations are useful for. It is clear they do not serve Turkish-German relations.”

After the news exploded across the German media over the weekend, the Turkish-managed school posted a statement on its website on Sunday night, denying it had issued such a ban. It also explained that a concert scheduled at the German consulate had been “cancelled by the German teachers in question without explanation.”

After the diplomatic row had broken out between Germany and Turkey, it appeared by Monday that Turkey was trying to say that the email’s content (“nothing that is in the spirit of Christmas traditions and the Christian holiday should be announced, prepared or carried out in the classrooms from now on”) had been misunderstood.

The school is reported to have said that some German teachers had addressed Christmas without answering students’ questions satisfactorily. German Press Agency DPA reported the that German department’s leadership mailed German teachers after meeting with the school’s Turkish heads saying there’s “no ban on discussing ‘Christmas’ in teaching.”

On Saturday, the German foreign ministry declared, “We do not understand the surprising decision of the leadership of Istanbul Lisesi,” and “it is a great pity that the good tradition of the intercultural exchange in the pre-Christmas period was suspended at a school with a long history of German-Turkish friendship.”

“There is no question of the school or its management placing an obstacle in its way or prohibiting it,” the statement said. An MP from the ruling Justice and Development Party backed up the school’s administration, saying “such false reports do nothing for Turkey-Germany relations.”

The high school has forbidden its 35 German teachers from speaking to the media about the controversy.

The dispute prompted a caricature of Turkish President Recep Tayyip Erdogan that appeared on the front page of Die Welt, dressed as the fictional character The Grinch, entitled, “Stolen Christmas.”

Already tense relations between Turkey and Germany after the failed July 15 coup attempt were further strained earlier this month when the Deputy Speaker of the Turkish Parliament was stopped and temporarily detained by German police at the Cologne airport.

After losing her passport, Ayse Nur Bahdekapili was traveling on a temporary travel document from the Turkish embassy, which German airport authorities initially refused to accept.

According to The Guardian, the General Secretary of the CSU (Angela Merkel’s allies in Bavaria, Southern Germany) Andreas Scheuer said the reports were “new proof that [President Recep Tayyip] Erdoğan’s Turkey is burning all bridges with Europe”.

Christmas is part of Germany, and that applies too for a German school abroad, Scheuer told the Funke regional media group.

Relations between Ankara and Berlin have been strained in the wake of the failed military coup in July, with Germany repeatedly expressing concern over the scope of a massive crackdown on Erdoğan’s opponents.

Developments in Turkey have a strong resonance in Germany, home to a three-million-strong ethnic Turkish population, the legacy of a massive “guest worker” programme in the 1960s and ‘70s.