For the first time, Anglicans, Catholics, and Pentecostals have a strategy to defend and restore Christians decimated by Boko Haram.
World Watch Monitor|February 25, 2016 11:23 AM 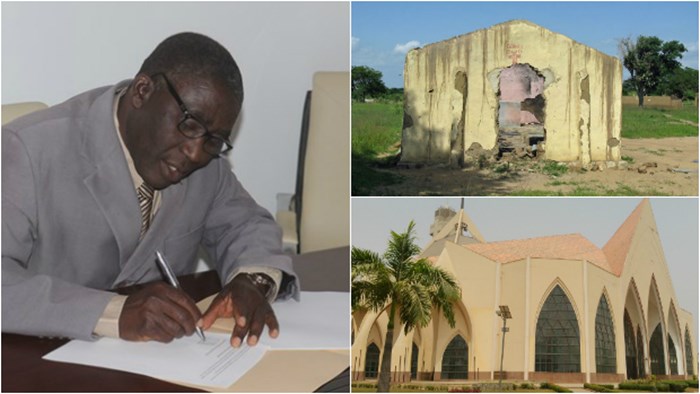 The world’s deadliest terrorist group is not in the Middle East. It’s in Nigeria, where the Islamist insurgency of Boko Haram and other forces killed more than 4,000 Christians in 2015.

That death toll increased 62 percent from 2014, according to a new report.

In response, Nigeria's largest confederation of Christian churches is, for the first time, jointly endorsing a commitment to revive churches in the West African nation’s north before they collapse from a decade of violence that has killed thousands of Christians and driven away more than 1 million.

At the same time, the Christian Association of Nigeria (CAN) has jointly published with Open Doors a detailed study of the violence and its impact. “Crushed but not defeated: The impact of persistent violence on the Church in Northern Nigeria” was released on February 23 in Abuja, Nigeria's capital. 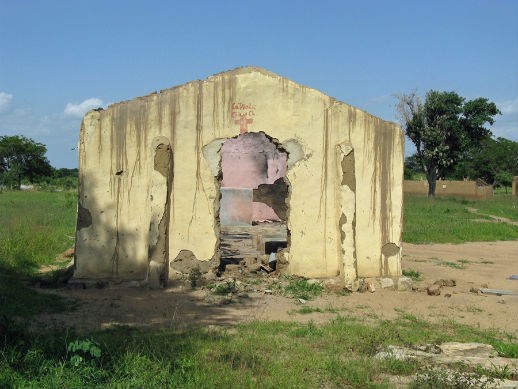 A destroyed church in the northern Nigerian state of Bauchi.

CAN is comprised of councils representing Protestant denominations, indigenous evangelical churches, Pentecostal churches, and the Catholic Church—denominations that together encompass about half of Nigeria's 173 million people. The association has adopted the report as the factual foundation of a joint declaration, which demands that the Nigerian government quell the violence and guarantee religious freedom, and asks the UN to launch an inquiry into atrocities.

"This is the first time we’re going public to sign a declaration which gives the true picture of the persecution Christians are going through in this country," said Musa Asake, CAN general secretary. "This event gives us an opportunity to let the entire world know what the Christians in Nigeria have been going through."

From 2006 to 2014, religion-based violence killed an estimated 11,500 Christians in Nigeria's north, according to the report. It states that 13,000 churches were destroyed, abandoned, or closed during the period, while 1.3 million Christians fled to safer regions in the country.

Over the past two years, the situation worsened; violence spilled over into neighbouring countries Chad and Cameroon. In 2014, Boko Haram became the world’s deadliest terror group, ahead of the self-proclaimed Islamic State, according to the Global Terrorism Index.

Not only Boko Haram

Northern Nigeria has been governed by Muslim sultans and emirs for centuries, through British colonial rule and the arrival of Christian missionaries in the 19th century and into independence in the 1960s. The northern Christian population grew rapidly; in fact, Christians today form the majority in half of the 12 northern states, which are now all under Islamic law (although Christians are in theory exempt from Shari‘ah provisions). 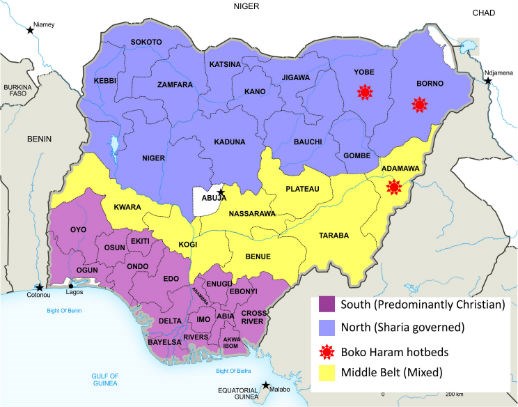 Nigeria has a mostly Muslim north and mostly Christian south.

Across the "middle belt" that separates Nigeria's north from its south, nomadic ethnic Fulani herdsmen, mostly Muslim, have clashed with indigenous, mostly Christian farmers over grazing land for generations, and the conflicts have intensified since 2011, according to the report.

After military rule and civil war yielded to a democratically elected government—headed by a Christian president—in 1999, the ruling Muslim political class in the north moved to consolidate its hold on the region. In 2000 and 2001, the 12 northern states incorporated Shari‘ah into their legal systems.

Radical Islam gained a foothold in the early 1980s, strengthened after the 1999 election, took on the name Boko Haram, and blew up into a military insurgency in 2009 under a new leader, Abubakar Shekau, according to the report. In 2014, the latest year covered by the report, Open Doors calculated that nearly 2,500 Christians were killed and 103 churches attacked. In 2015 (beyond the scope of the report), the carnage only intensified—more than 4,000 Christians died and nearly 200 churches were attacked. Open Doors stated the verified count may be as little as half the actual numbers.

From 2006 to 2014, the report estimates that 41 percent of all violent deaths in the region were Christian, even though Christians represent about 31 percent of the region's population.

The result: churches emptied, businesses were lost and abandoned, Christian-Muslim relations deteriorated, and communities segregated along religious lines, according to the report.

“Although the conflict has undeniable political, economic, social, and ethnic components, a strong religious dimension has been identified by this research,” stated CAN in its declaration. That mix of factors, it stated, “is what makes Christians extra vulnerable. Media, policy makers, and international role players should acknowledge the religious dimension of the conflict in Nigeria.” 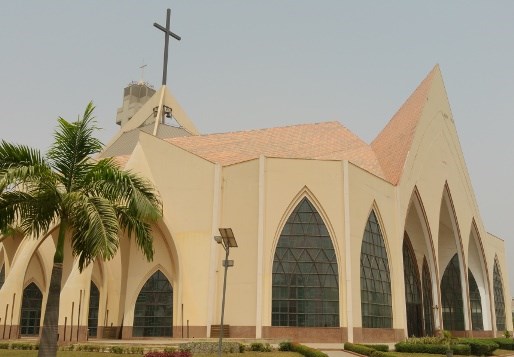 The Christian Centre in Abuja.

Based on 122 interviews of church leaders and members and nine focus groups across the north, the report said nearly two-thirds claim that church membership has decreased between 2006 and 2014. Gone also is the money those former congregants provided the churches and their programs.

Four out of every five Christians interviewed for the report said perceptions of Muslims had soured during the past 10 years. The Christian virtue of forgiveness, participants told researchers, is more difficult than ever to summon.

“Many Christians say they face harassment, hatred, marginalisation, intimidation, and violence,” the report stated. “They have very limited freedom to worship and to build churches. They have no real voice in public media, have hardly any access to government positions for employment, and are barely represented in local politics. Young Christians feel discrimination at school.”

Asked to assess their future, three out of four of those interviewed said the outlook is bleak.

Against this grim backdrop, the report identified several bright spots. The chronic violence has galvanised some Christians into political action, especially in the Middle Belt states of Kaduna and Plateau, where the Christian share of the population is relatively high. But Christian political action is almost non-existent, according to the report, in Borno and Yobe states in Nigeria's heavily Muslim and especially violent northeastern corner.

In churches where membership has declined, those who remain have found a new commitment to their faith and prayer life, the report stated. And some of the Christians interviewed by Open Doors reported that church membership actually is increasing. Pews are filling up, they said, not only with Christians arriving from more violent locales, but also with former Muslims who say they are attracted by a Christian spirit of forgiveness, are driven by their own guilt, or are responding to dreams of Jesus. 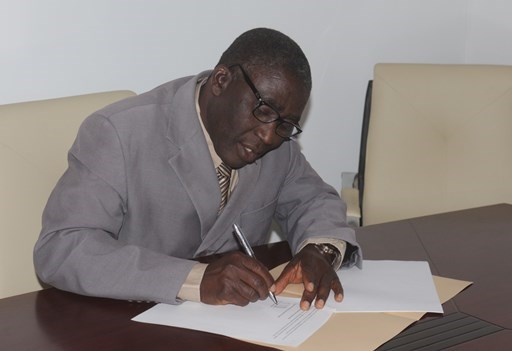 Strengthening the church, however, will be a long-term project, and much of the work to be done involves its own leadership, according to the report. Researchers concluded that pastors need better training and a heart for service above having a job, and they need to prepare Christians (especially young people) to endure violence yet respond with forgiveness. Trauma counseling is urgently needed. And perhaps most self-critically, the report found that Christians in Nigeria’s north must abandon a “dependency mentality” that leaves them reliant upon political benefactors or wealthy relatives for protection and support.

“Christians in the northern region are often not engaged in the domains of the economy, politics and education.... He or she does not really want to advance in income, influence and knowledge through hard work, but is inclined to more easily relying on fate,” the report stated.

Outside the church walls, Christians need to press government for civil rights protections, and to form relationships with Muslims, according to the report.

In its joint declaration, CAN said its member denominations will “act decisively and responsibly” to demand Nigeria’s government “rise up to her responsibility” to protect its people and guarantee freedom of religion. The document states that each church group in the association will:

The joint declaration also asks for international pressure on the UN Human Rights Council—of which Nigeria is a member—to form a commission of inquiry “to investigate the atrocities committed against civilians in general, and against Christians in particular in northern Nigeria, including bringing the perpetrators of violence to justice.”