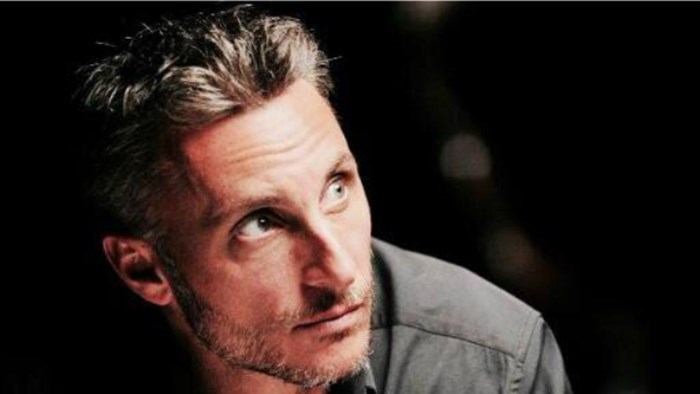 Tullian Tchividjian has been removed from ministry by his new church, days after his former church picked his replacement.

“In view of some recent disclosures of which we were previously unaware, we recently decided to end [his] employment,” Willow Creek Presbyterian Church in Winter Springs, Florida, told CT this morning.

Kevin Labby, the church’s senior pastor, also announced to Patheos blogger Warren Throckmorton that he and four other board members (out of nine total) have resigned from the Liberate Network, a resource ministry focused on “God’s inexhaustible grace” that Tchividjian founded in 2011.

“Repentance is progressive and often painful,” wrote Willow Creek in its statement to CT. “It involves disclosing and dealing with the darkest places of our hearts and lives.”

Tchividjian, a grandson of Billy Graham, echoed Willow Creek’s words on repentance verbatim to CT. “Although, this has been extremely difficult for me to do, I remain committed to that painful and progressive process,” he stated.

“Nothing grieves me more than the fact that people are suffering because of my sins, both in my past as well as in the present,” Tchividjian told CT. “I want to be perfectly clear that I take full responsibility for this.

“Please pray for those who are most deeply effected and please respect their privacy,” he said. “God knows how sorry I am for all the damage I've caused and the people who have been hurt. Please pray that the good work God has begun will be carried out to completion.”

CT is currently investigating the new allegations, and will update this post accordingly.

Tchividjian resigned as senior pastor from Coral Ridge Presbyterian Church in Fort Lauderdale, Florida, last June after admitting to an affair and consequently losing his ministry credentials. In August, he filed for divorce.

In September, Willow Creek (unrelated to Willow Creek Community Church in South Barrington, Illinois) hired Tchividjian as the congregation's director of ministry development. (Labby’s profile lists Tchividjian as one of the “influential voices” in his life.)

The position did not involve pastoral or teaching responsibilities, Labby told Throckmorton, citing Tchividjian’s “contrition” as one reason the church felt confident bringing him on board. (He also offered an apology and clarification on the hire.)

In March, Tchividjian appeared on “These Go to 11,” a Reformed podcast. Later that week, he spoke twice at a California church about “God’s inexhaustible grace.”

Tchividjian has been taking more time before rejoining Liberate. Following his resignation last summer, Coral Ridge shut Liberate down, along with removing Tchividjian’s sermons from its website.

In February, Liberate’s board of directors relaunched the ministry with the “prayerful hope and expectation” that Tchividjian would rejoin it in the future.

“Today, Tullian continues an encouraging season of rest and healing,” the board wrote. “The elders of Willow Creek Church are presently overseeing a care plan for him, one involving routine worship, prayer, fellowship, study, professional counseling, and more.”

The board judged the process to be “going remarkably well, and we are very encouraged by his honesty, humility, repentance, and commitment to healing.”

Liberate Network’s 2017 conference is planned to be held at Willow Creek in Florida next February.

At the beginning of February, Tchividjian wrote on Facebook that he was in a better place “spiritually, emotionally, and mentally than I have in probably years.”

“God has increasingly been settling my heart and mind by meeting me in the deep places...exposing my idols and replacing them with a fresh assurance of his love and grace,” he wrote. “I could tell you a thousand stories of the ways God has sweetly met me very specifically in my darkest and most despairing moments, of which there have been many. Through many of you, God has met my guilt with his grace, my mess with his mercy, my sin with his salvation.”

Although Pacienza was an internal hire, Coral Ridge interviewed more than 60 candidates, the church said in a statement. Pacienza was first tapped for ministry about two decades ago by James Kennedy, Coral Ridge's prominent first pastor, and has served at the church for seven years.

The fresh allegations will likely reinforce concerns over whether Tchividjian—who spent only about two months away from public ministry—was restored to ministry too quickly. (CT previously looked at Mark Driscoll as an example.)

In addition, CT has discussed how churches can recover after a pastor commits adultery.

CT has also examined the debate over whether followers should stop studying the sermons of fallen pastors.