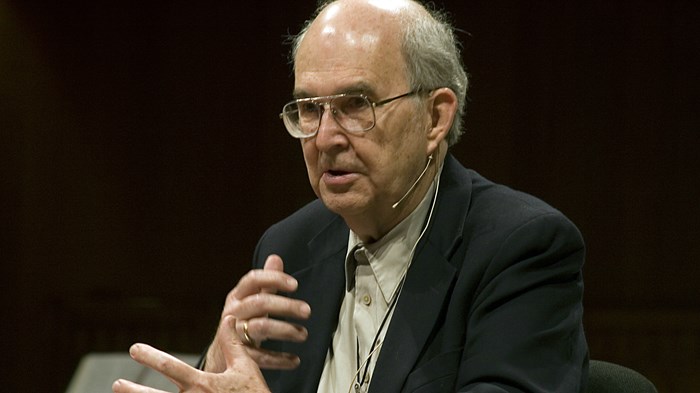 Image: Courtesy of the Presbytery of Shenango

Bailey gave Western readers “the eyes to see” the deeper significance of Jesus’ life and stories by placing them in the cultural context of the Middle East, publishing books like Jesus Through Middle Eastern Eyes and Paul Through Mediterranean Eyes, a 2012 CT Book Awards winner.

Bailey was the “premier cultural interpreter of the life of Jesus,” according to Wheaton College New Testament professor Gary Burge. Bailey’s insights stemmed from his own childhood in Egypt and a 40-year career studying and teaching in Egypt, Cyprus, Israel, and Lebanon.

“He told the parables of Jesus to peasants from Morocco to Pakistan, and their insight helped him (and so us) gain new understanding that would be available no other way,” wrote Andy Le Peau, his editor at InterVarsity Press. “Being fluent in many ancient languages also gave him a remarkable perspective on the New Testament that few others could match.”

Bailey directed the Institute for Middle Eastern New Testament Studies in Beirut and lectured on theology all around the world, from Oxford and Cambridge to Columbia, Princeton, and Fuller Seminary. He was a prolific author, writing more than 150 articles in Arabic and English, as well as books like The Cross and the Prodigal and The Good Shepherd.

“For all of my adult life, it has been my privilege to study the New Testament while living and teaching in the Middle East,” he wrote in a 1998 CT cover story, a cultural analysis of the prodigal son parable.

Bailey spent his later years in western Pennsylvania. Ordained in the Presbyterian Church (USA), he belonged to the Presbytery of Shenango and served as canon theologian for the Episcopal Diocese of Pittsburgh. He is survived by his wife, Ethel, a microbiologist who assisted Dr. Jonas Salk with his polio vaccine research, and their family.

In tribute, one pastor shared his favorite passage from Bailey’s “must read” Jesus Through Middle Eastern Eyes:

Christian faith is fact, but not bare fact; it is poetry, but not imagination. Like the arch which grows stronger precisely by dint of the weight you place upon it, so the story of the Gospels bears, with reassuring strength, the devotion of the centuries to Jesus as the Christ.

Died: Kenneth Bailey, the Scholar Who Made Jesus ...