Christian mother of five is the first woman sentenced to death for blasphemy in Pakistan.
Sarah Eekhoff Zylstra|October 13, 2016 08:25 AM 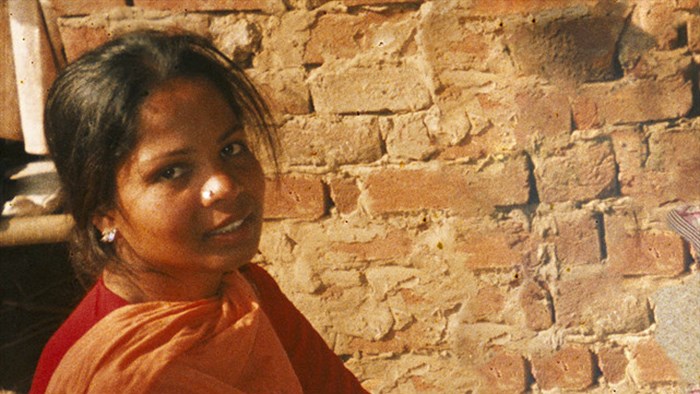 After seven years in prison, Asia Bibi will have to wait even longer to know her fate.

Her appearance Thursday before Pakistan’s Supreme Court was put off when one of the three judges in the case recused himself. The Christian mother of five is facing a death sentence for blasphemy.

"I was a part of the bench that was hearing the case of Salmaan Taseer, and this case is related to that," Judge Iqbal Hameed ur Rehman reportedly told the court. Taseer was a politician who was assassinated in 2011 after he spoke out on behalf of Bibi. His killer, who was praised by many who thought he did the right thing, was sentenced to death by the Pakistan court and executed in February.

Lawyer and columnist Asad Jamal said Rehman wasn’t legally required to remove himself, according to World Watch Monitor (WWM). Both cases have caused national uproar; about 150 radical clerics have called on the government to hang Bibi and others accused of blasphemy. Yesterday 100 policeman were on hand to keep order, WWM reported.

Bibi’s new hearing date has not been set, according to the BBC. It will be her last chance at saving her life.

Bibi is the only woman ever sentenced to death for blasphemy in Pakistan, which has never carried out such a sentence (though at least five people accused of blasphemy have died in custody).

Local Christians told Open Doors that they were hopeful about Bibi’s fate, since her case had obvious flaws. Leading human rights lawyer Asad Jamal told the Guardian that he agreed.

“There is absolutely no case against Asia, I really can’t emphasize that enough,” he said. “It should take no more than 30 minutes to throw the case out.”

The British newspaper said that an acquittal would be “legally momentous.”

Seven years ago, Bibi was picking fruit on a summer morning when she paused for a drink of water at a nearby well. The women she was working with objected, accusing her of contaminating the water because she was a Christian.

During the argument, Bibi asked the women, “I believe in my religion and in Jesus Christ, who died on the cross for the sins of mankind. What did your Prophet Muhammad ever do to save mankind?”

The question made the women furious, and they gathered a local mob. Bibi was accused of blasphemy, beaten, and thrown in prison. [Read Bibi’s own account of the incident.]

After Bibi was sentenced in 2010, she became an international symbol of the cruelty and capriciousness of Pakistan’s blasphemy law. The next year, two prominent Pakistani politicians who spoke against the blasphemy laws and championed Bibi were assassinated.

The acquittals of several Christian pastors in 2013 fueled hopes that Bibi would be released, but she was not. [CT interviewed Anne Isabelle Tollet, Bibi’s ghostwriter, about the blasphemy law in Pakistan, Christian-Muslim relationships in the country, and Bibi’s plight in 2013.]

Bibi’s death sentence was upheld by the Muslim-majority nation’s Supreme Court in October 2014, reigniting international disapproval of Pakistan’s blasphemy law. Pope Benedict was among those calling for her release.

Last July, the court ruled that until her appeal hearing, Bibi could not be killed. Her attorney, Saif ul Malook, based the appeal on the argument that the person who brought the case against Bibi, a local cleric, should not have been allowed to do so since he didn’t hear the blasphemy first-hand.

In addition, his report was filed five days after the quarrel. In a previous case, judges threw out the death sentence for a defendant because three hours lapsed between the offense and the first report made. (The Pakistani law holds that the time lapse smacks of premeditation, according to the American Center for Law and Justice.)

In an unusual move, Malook chose to argue Bibi’s case not under secular law, but under Islamic law. That tactic forces the witnesses who accuse her to be held to the Islamic standard of eyewitnesses, a much more difficult standard to achieve.

In recent years Pakistan, which is 96 percent Muslim, has seen a surge in accusations of insulting Islam, claims an Islamabad-based think tank, the Center for Research and Security Studies.

Analysts say that accusations are frequently used to settle scores, or as a front for property grabs. Bibi was reportedly involved in an ongoing property dispute with one of the women who accused her.

Charges are hard to fight because the law does not define blasphemy, so presenting the evidence can itself sometimes be considered a fresh infringement.

If found guilty, defendants can expect the death penalty. But those accused are often lynched, or languish for years in jail without trial because lawyers are too afraid to defend them.

More than a million people worldwide have signed multiple petitions asking the Pakistani government to release Bibi. Italy, France, and Spain have offered her asylum.

Open Doors ranks Pakistan No. 6 on its list of 50 countries where it’s hardest to be a Christian.