Two studies examine the intersection of the Bible and body shaming.
David Briggs|October 26, 2016 11:03 AM 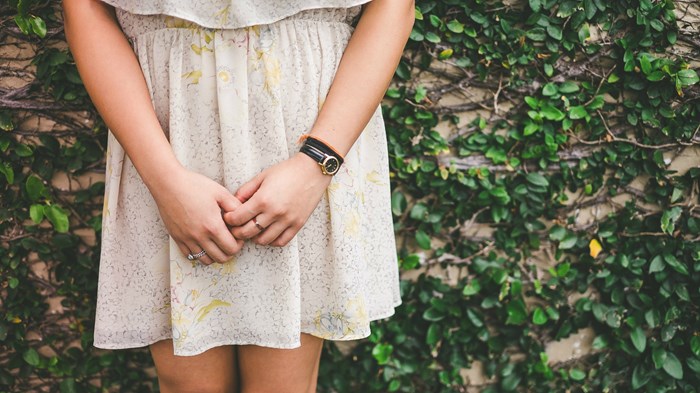 Donald Trump’s controversial comments about women and their bodies, encapsulated in his revived criticism of former Miss Universe Alicia Machado and her weight, brought “body shaming” into the many topics under discussion during the 2016 presidential campaign.

People who consider their body “fearfully and wonderfully made” (in the words of Psalm 139) are significantly more likely to feel good about their bodies, according to a new study.

However, believers who consider the body to be basically sinful are more likely to be ashamed of their body, researchers at Biola University found.

And it is not just today’s young women who are affected.

Over the centuries, some Christians have come to believe that the body is separate from the spirit, and thus a cause of sin that must be controlled. Those believers, observing Jesus’ injunction to cut off a hand rather than go to hell, see the body as largely a source of pollution and temptation.

Traditional Christian teaching, however, emphasizes the sacredness of the body, and sees body and soul as connected in human beings made in the image of God. “Do you not know that your body is a temple of the Holy Spirit within you?” Paul writes in 1 Corinthians.

In the Biola study, 243 evangelical and mainline Protestant men and women ages 18 to 80 participated in an online survey. The results are published in the December 2016 issue of the Journal of Religion and Health.

Religious beliefs about the body had a significant influence on body image, over and above other factors such as religious commitment.

“In contrast, beliefs reflecting Christian teachings that one’s body is a temple of God, created specifically by God, and that God is glorified and honored through one’s body, were linked to appreciating one’s body.”

Another recent study of religion and body image found some similar results.

The belief that one’s body is sacred correlated with fewer abnormal eating concerns and higher body satisfaction in data collected from 168 women at a Catholic-affiliated university.

American culture promotes near-impossible ideals of beauty, particularly for females. Those feelings are tied to a range of negative outcomes from serious eating disorders to depression and low self-worth.

So what can the latest research offer in terms of practical tips in promoting a positive body image?

Heather Jacobson, a clinical psychologist and the lead researcher in the Biola study, offers some approaches that medical professionals and religious leaders may want to consider. Among them:

• Be aware. Knowing the individual’s religious beliefs about the body can help counselors address body issues. This can include placing in context biblical passages seeming to connect the body and sin.

• Be supportive. From the pulpit to church programming, emphasize encouragement, meditation, and reflection on the transcendent value of the body. This process can start as early as with young children in Sunday school.

• Be proactive. Help congregation members see the divine-body connection in such fundamental acts of worship as kneeling in prayer. The symbolism can be particularly powerful for Christians during communion, when they focus on the blood and body of Jesus Christ.

The “outrageous comments” disparaging women made by Trump during this campaign show “we have such a long way to go” in addressing body shaming, Jacobson said.

But as the new research indicates, faith—and support rather than judgment from the faithful—can shorten the journey.

David Briggs, a former national writer for the Associated Press, writes the Ahead of the Trend column on new developments in religion research for the Association of Religion Data Archives.