Church leaders disagreed on whether new regulations were problematic.
Sarah Eekhoff Zylstra|September 15, 2016 11:05 AM 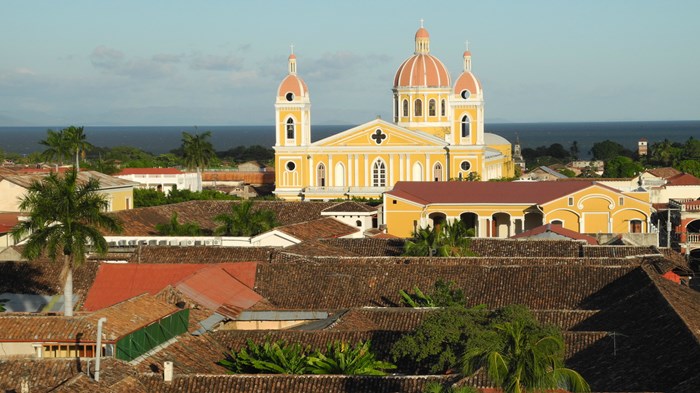 One month ago, Nicaragua declared that Protestant and Catholic missionaries weren’t allowed to enter the Central American nation unless they were first vetted by officials.

“We were taken by surprise,” wrote Maricio Fonseca, the president of the Nicaraguan Evangelical Alliance, in an email.

Overall, Catholics supported the goal to better regulate missionaries, but evangelicals—who are increasingly close to matching Catholicism’s share of the population—protested. Now the regulations have been removed.

“We want to thank God because now the churches will only have to meet a short administrative rule, so that all ministers and missionaries will be able to come to our country as many times as they want,” Assemblies of God president Rafael Arista told Evangelical Focus. “We also thank the government for being understanding, listening to us, and let[ting] us work as we have done in the past.”

The restrictions were announced August 12 as an attempt to catch money laundering and other criminal operations that, according to Nicaraguan officials, are sometimes hidden under the guise of religious organizations.

The new rules prevented about 300 Mexican and Central American missionaries from attending an evangelical gathering, and turned away two Catholic missionaries who were planning to teach a theology course for the Diocese of Jinotega.

Protestors gathered several weeks ago, holding signs reading “Beautiful are the feet of those who preach peace” and “We bless Nicaragua in the name of Jesus.”

At the same time, about a dozen evangelical leaders met with the government, according to Evangelical Focus.

“After several meetings with the government … we refuted all three pages which affect only evangelical Christians, and at no time mentioned the Catholic church,” Fonseca told CT. The regulations were reduced to a one-page application missionaries need to fill out, he said.

The evangelical leaders estimated that this law would have affected “an average of more than 200 different religious missionaries who serve in projects in the country every month,” Evangelical Focus reported.

“We are not against the government,” evangelical leader Jorge Bermudez told CBN. “The main point that we ask is that the Word be able to be lifted up, because these measures result in a limitation for the preaching of the Word to the people.”

Catholic leaders did not object to the restrictions, saying that the government told them that past problems stemmed from evangelicals.

“The police gave us some examples. For example, there have been instances where evangelical churches brought Americans that were possibly posing as pastors or were part of NGOs and sometimes are accused by the international police of abusing children," episcopate general secretary Jorge Solorzano told CBN.

“At no time the state has seen pastors or religious leaders as a threat,” he told Evangelical Focus. “What we said, as our authorities have already explained, is that there have been some international criminal associations which have tried to use or hide under religious organizations, to carry out their criminal activities.”

About half of Nicaragua’s more than 6 million people are Catholic, while 40 percent are Protestant and 7 percent are unaffiliated, according to 2014 numbers from the Pew Research Center.

Nicaragua Heeds Evangelicals (Not Catholics) on ...