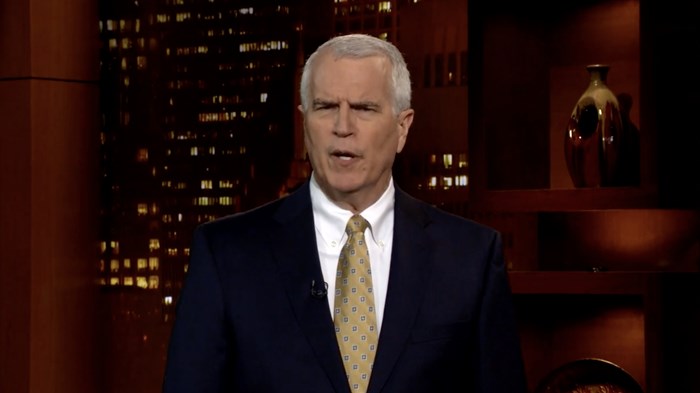 A venerable Christian ministry based in Fort Lauderdale recently saw its name listed on a CNN map of “all the active hate groups where you live,” as well as in local news reports as the No. 1 hate group in Florida.

“Enough is enough,” said Frank Wright, president of D. James Kennedy Ministries, which filed a lawsuit against the SPLC on Wednesday. The organization also sued GuideStar and AmazonSmile for their use of the SPLC list.

Conservative Christian organizations have challenged the SPLC’s “anti-LGBT” category for years, but Wright’s is the first to take legal action—spurred by the controversial watchdog group’s increasingly vocal activism during Donald Trump’s presidency. The SPLC recently received a prominent boost from Apple, which pledged a $1 million donation and will launch a new feature to allow users to donate directly from iTunes.

The civil rights advocacy organization made a name for itself in the 1970s, providing legal defense for victims of the Ku Klux Klan and other white supremacists. (Wright and other conservative Christian leaders are quick to applaud them for this history.) However, as the SPLC expanded beyond race to other cultural issues like sexuality and immigration, it has also shifted attention toward what it calls the “radical right,” drawing allegations of bias from many conservatives and some on the left as well.

D. James Kennedy Ministries—formerly called Truth in Action—claims that the SPLC falsely labeled it as a hate group with the intention to hurt its reputation and fundraising efforts, according to a 39-page lawsuit filed in federal district court in Alabama (where the SPLC is headquartered).

The suit alleges that the ministry’s inclusion on the list of hate groups amounts to defamation—spreading false, harmful information—as well as a trademark violation, misrepresenting the ministry in order to drum up fundraising support. Wednesday’s filing made the same claims against the charity-research site GuideStar for promoting the SPLC designation, seeking an injunction against further use of the “hate group” label and damages from both organizations.

Wanting to call out “hateful rhetoric” during a “highly politicized moment,” GuideStar recently added the SPLC designations onto its profile pages—including for Christian nonprofits who stand for traditional marriage like the Alliance Defending Freedom (ADF), Liberty Counsel, the Family Research Council (FRC), and the American Family Association—then removed the hate labels after backlash in June. The controversy made many of these groups, their leaders, and their supporters even more upset over the prominence of the SPLC’s categorizations.

Over the past week, several Christian groups on the list demanded apologies and retractions for being labeled hate groups in the Charlottesville coverage, including by CNN. ADF took particular offense since the news overlapped with the fifth anniversary of an attempted shooting at the FRC’s Washington office by a suspect who used the SPLC hate group list to target them.

The FRC applauded the suit, saying “The SPLC is inciting hatred against Christians, which has already led to violence. It needs to stop.”

CNN later corrected the hate map it ran online, correcting the headline to “more closely align with the content of the piece” as being the SPLC’s assessment and not CNN’s own. It also removed the full list of group names, and stated “context has been added regarding some groups who oppose their inclusion on the SPLC list.”

In its lawsuit, D. James Kennedy Ministries also alleges religious discrimination by Amazon’s charity partner program AmazonSmile, which makes a small donation to shoppers’ designated nonprofits. Since AmazonSmile uses the SPLC as one way to determine organizations’ eligibility, and the SPLC based its “anti-LGBT” designation on the ministry’s Christian convictions, the suit claims that D. James Kennedy Ministries was wrongly excluded from the program and possible donations due to its religious beliefs.

Part of their defense against calling opposition to same-sex marriage hateful comes from the US Supreme Court decision that made it legal. “Many who deem same-sex marriage to be wrong reach that conclusion based on decent and honorable religious or philosophical premises,” the court wrote, “and neither they nor their beliefs are disparaged here.” (The Evangelical Council for Financial Accountability quoted the same line in its response to GuideStar’s use of the hate group label for certain Christian organizations.)

The ministry is being represented by one of its board members, David C. Gibbs III, who was the lead attorney in the Terri Schiavo case and works with the Christian legal group National Center for Life and Liberty.

Wright said his ministry has been preparing its suit for months, but moved it up after Charlottesville drew so much attention to the SPLC list. One older donor even called his office last week to ask, “Since when is D. James Kennedy Ministries a hate group?”

The organization took out a full-page ad in the South Florida Sun-Sentinel to dispel the characterization, running an open letter under the headline: “D. James Kennedy Ministries Is Not A Hate Group.”

“We do not hate anyone,” Wright wrote. “We have been falsely branded by the SPLC for nothing more than subscribing to the teachings of the historic Christian faith. We are a nonprofit ministry whose deeply held Christian convictions energize our mission to faithfully proclaim the gospel of Jesus Christ.”

Christian ministries and legal organizations on the SPLC hate map include:

Maajid Nawaz, a British critic of Islamist extremism, also threatened to sue SPLC in June over his inclusion on a list of anti-Muslim extremists, and political commentator Bill Maher offered his support. Ayaan Hirsi Ali, who also appears on the same list, wrote for The New York Times that “Taking a stand against the neo-Nazi display we saw in Charlottesville is an impulse that should be cheered,” but Americans “need to find more trustworthy and deserving partners to work with than the SPLC.”