His Fellowship is the force behind DC discipleship and the National Prayer Breakfast.
Kate Shellnutt
February 21, 2017 7:38 PM 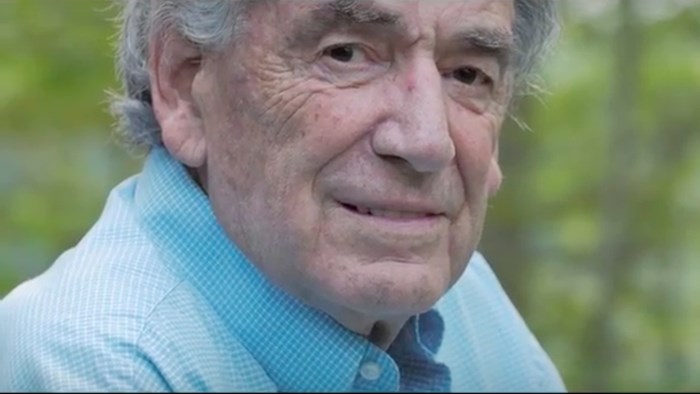 Doug Coe, the Washington DC pastor and power broker best known for organizing the network of Christian leaders responsible for the annual National Prayer Breakfast, died Tuesday afternoon. He was 88.

“Despite our personal sadness, we have joy in knowing that he is now with Jesus and at peace,” wrote Coe’s family in an announcement first posted by Patheos blogger Warren Throckmorton, and separately obtained and confirmed by CT. “All for which he gave his life and tirelessly revealed to so many makes complete sense to him now. He is with family and friends who have gone on before, perhaps saying, ‘See, I told you…’.”

“Doug Coe had a tremendous ministry that touched the lives of so many with the love of Jesus Christ,” tweeted Franklin Graham, president of the Billy Graham Evangelistic Association and Samaritan’s Purse. “My deepest sympathy to his family in his passing today. He will be greatly missed.”

Coe led the Fellowship Foundation, often referred to as “The Fellowship” or “The Family,” a network of ministries and small groups that most famously included prayer groups for influencers on Capitol Hill.

The gatherings are confidential, similar to Alcoholics Anonymous meetings, to give participants a safe place to discuss faith without fear of political ramifications. The low-profile, secretive nature of the organization led some to label it as a “Christian Mafia” or even a “frat house for Jesus,” since DC attendees famously met in a row house on C Street.

Former congressmen Frank Wolf and Tony Hall refuted this characterization in describing their 25-year-plus participation in The Fellowship in a 2009 op-ed for CT:

Our own small group is composed of Republican and Democratic members of the Congress, some of whom are now retired. We leave our labels at the door, and we enjoy an hour of reading the Scriptures, personal updates, and prayer.

In times of personal and professional crises, these friends have stood by each of us regardless of party affiliation. They did this at their own cost and sometimes at professional risk, but they believe that “there is no greater love than to lay down your life for your friend” (John 15:13).

Coe, a former youth ministry leader who took over the organization from founder and Methodist evangelist Abraham Vereide in 1969, also emphasized the Great Commandment as The Fellowship’s focus in a rare interview conducted by Throckmorton and published in CT.

“At the end of the day, it is kind of a team effort to help one another to love God and love each other,” said Coe, explaining his vision for The Fellowship.

Labeled “the stealth persuader” on Time’s 2005 list of the country’s most influential evangelicals, Coe was well connected but remained behind the scenes. The details of his life were about as under wraps as the organization he ran, until his family spokesperson released a lengthy bio today. It notes:

Coe strategically avoided a public life and attention from the press. He wanted to lift up Jesus and stay out of the way. When TIME named him one of the nation’s 25 most influential Evangelicals in 2005, he asked them to remove him from the list, and when the editors refused, he declined to provide a photograph of himself. While shunning the spotlight, Coe enjoyed working quietly behind-the-scenes to help introduce people of all walks, cultures, nations and faiths to Jesus of Nazareth.

“It is a virtue to try to be anonymous in a town where self-promotion is so often the modus operandi of many who come to work among the powerful,” Michael Cromartie, vice president of the Ethics and Public Policy Center, toldWorld magazine.

In his book Faith in the Halls of Power, Michael Lindsay (who serves on CT’s board of directors) wrote:

Coe, who avoids the limelight, has been closer to more US presidents than any other religious leader, including Billy Graham. Indeed, he has been called a “stealth Billy Graham.” Coe has befriended a succession of world leaders. Jimmy Carter called him a “dear friend,” and president George H. W. Bush praised Coe for his “quiet diplomacy.”

The Oregon native first heard Billy Graham at a Youth for Christ rally as a teenager, then worked on a number of crusades in Portland alongside Senator Mark Hatfield. He was previously involved with Young Life and The Navigators, but ultimately came to partner with Graham through the National Prayer Breakfast. Coe attributed Graham’s relationship with Dwight Eisenhower with kicking off the tradition of having the president attend the annual event.

He routinely downplayed his leadership within The Fellowship, but was “a friendly, plainspoken Oregonian with dark, curly hair, a lazy smile, and the broad, thrown-back shoulders of a man who recognizes few superiors” and regarded “with a mixture of intimacy and awe,” according to Jeff Sharlet, who wrote two books investigating the inner workings of Coe’s network.

Coe studied math and physics at Willamette University in Oregon. While in college, he was “still trying to figure out faith in my head—not my heart,” he wrote for Billy Graham & Me, a Chicken Soup for the Soul compilation. He went on to work in ministry for over five decades, and partnered with religious leaders within and outside the Christian faith.

“I am called simply to be an inclusive ambassador of Jesus Christ’s love,” Coe once wrote, according to his bio. “Early on I thought the work of God was evangelism, but I soon realized the only person I could evangelize or disciple was myself. I learned from Billy Graham that the Gospel isn’t three or five points; it’s a Person—Jesus. God is love, and since Jesus is God, then the Gospel is also love.”

“Doug Coe peacefully passed on to his reward this afternoon at his home in Annapolis, Maryland, surrounded by his wife, all five living children and spouses, and most of his grand and great-grandchildren, who sang songs and hymns together by his bedside,” stated A. Larry Ross, spokesperson for the family. “After decades of faithfulness to the calling on his life, he is now face-to-face with Jesus and reunited with many friends and family who preceded him, including his son, Jon.”

In their announcement, his family asked supporters to gather in small groups and pray Coe’s favorite verse, Luke 10:2. They wrote:

Doug begged us not to make his passing about him, but rather continuously showed us how to make it about Jesus. We realize that our grief is more for us than him, so we will do a small memorial service only to say goodbye. He didn’t want a big affair. His wish was that this family of friends around the world would each gather with one or two in their small group in their own location at their next regularly scheduled time, and continue the prayer from Luke 10:2 that was his life focus.

Everywhere the Lord would allow him to go, Doug would pray to the Lord of the harvest “to raise up laborers, for the harvest is ready, but the laborers are few.” Continuing that prayer would be the highest tribute you could give to Doug, and we know you will be together with us in spirit as we bid him farewell in this earthly life until we are reunited with him one day in heaven for eternity.