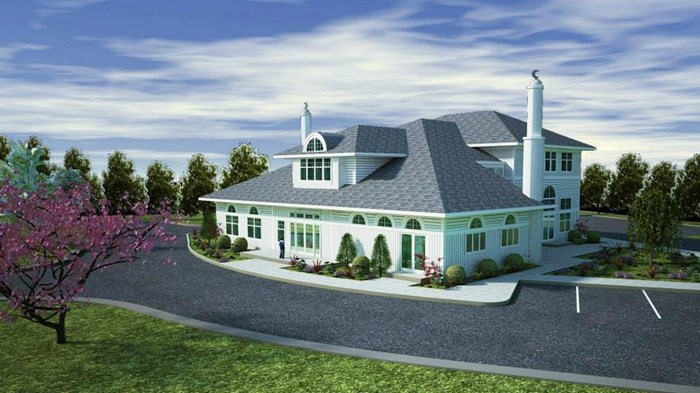 The amicus brief, which was also signed by the National Association of Evangelicals and the Becket Fund for Religious Liberty, argued that “such unequal treatment of the mosque in this case represents a potential threat to the free exercise rights of each of the amici represented here and is a affront to our nation’s commitment to religious liberty for all.”

Less than a month later, IMB trustee and Tennessee megachurch pastor Dean Haun resigned with a year left on his term.

“I love our IMB leadership and our missionaries and their work across the globe. I am not a rabble rouser and my heart is not to take down the IMB,” Haun told the Baptist and Reflector, the newspaper of the Tennessee Baptist Convention and one of the SBC’s oldest state papers.

“[But] if we defend the rights of people to construct places of false worship, are we not helping them speed down the highway to hell?” he said. “I want no part in supporting a false religion, even if it is in the name of religious freedom.”

He called the amicus brief an “unholy alliance” with a false religion, and accused the SBC agencies of overstepping their bounds, reported Baptist Press. He wasn’t the only one to object; the IMB came under enough fire to defend itself on the Frequently Asked Questions portion of its website.

[Our] specific interest in the brief arises out of our belief that all peoples of the world have the right to religious liberty, including the freedom to embrace the gospel. This is what we believe and why we take the gospel to them, despite situations that pose great risk. A public record by IMB of supporting freedom of religion for all people in the United States—regardless of their beliefs—gives IMB workers overseas a credible foundation from which to advocate for freedom of religious exercise in countries that are hostile to Christianity, penalize those who convert, or make it difficult for a new church to own or rent property for worship. … IMB’s call on the government of these other countries to support the religious freedom of their citizens will ring hollow if, in the USA, we only support freedom of religion for Christians.

Haun’s 2,800-member church also voted to hold on to funds that were earmarked for the SBC’s Cooperative Program (CP), which finances state and national missions, including the IMB, the ERLC, the North American Mission Board, and the SBC’s six seminaries.

The congregation is “praying about their long-term response,” Baptist Press reported. (Amid debate over the merits of using CP funds as a political bargaining chip, giving so far this fiscal year is about 3 percent above budget, but slightly lower than what was given to the CP by this time last year.)

Haun’s congregation may be pacified by the IMB’s latest move, which was to tweak its policy.

"As a result of discussions among IMB trustees and staff over recent months, we have revised our processes for our legal department filing any future amicus briefs,” IMB president David Platt told Baptist Press. “IMB leaders are committed in the days ahead to speak only into situations that are directly tied to our mission.”

No such concession has come from the ERLC, where president Russell Moore fielded a similar question on supporting mosques at the denomination’s annual meeting last summer.

“Sometimes we have really hard decisions to make,” he said to applause. “This isn’t one of those things. What it means to be a Baptist is to support soul freedom for everybody.”

Moore’s predecessor at the ERLC, Richard Land, faced similar concerns in 2011 that led him to withdraw from an interfaith coalition that supported the right of Muslims to build mosques in the United States. As CT reported:

Land said he did not quit the ICOM because of a change in his convictions but out of a need to represent the views of the SBC. In a letter to the ADL, Land wrote, “While many Southern Baptists share my deep commitment to religious freedom and the right of Muslims to have places of worship, they also feel that a Southern Baptist denominational leader filing suit to allow individual mosques to be built is ‘a bridge too far.’”

“Southern Baptists have the oft-expressed right to form their own perceptions as well as the right to expect their denominational servant to be cognizant of them and to respect them,” Land said in a statement. “I serve Southern Baptists.”

The mosque issue isn’t Moore’s largest public relations problem within the SBC. He’s been hearing louder criticism for his condemnation of then-candidate Donald Trump and his frustration with Trump’s supporters during the presidential campaign.

“There was a disrespectfulness towards Southern Baptists and other evangelical leaders, past and present,” megachurch pastor Jack Graham toldThe Wall Street Journal. His 40,000-member Texas congregation is “considering making major changes in our support of the Southern Baptist Convention.”

Moore apologized for offending Trump voters in a Christmas blog, writing that “there’s a massive difference between someone who enthusiastically excused immorality and someone who felt conflicted, weighed the options based on biblical convictions, and voted their conscience.”

The larger issue debated by SBC faithful was whether Moore’s job at the ERLC was to represent Southern Baptists or to lead them. (CT covered those arguments in December.)

The most public divide so far has occurred in Louisiana, where the Louisiana Baptist Convention has proposed studying the recent actions of the ERLC. A month later, the New Orleans Baptist Association (NOBA) responded, stating that past SBC president Fred Luter and other signatories were “pulling for Dr. Moore.”

“Dr. Moore speaks with a prophetic voice to our faith community about how to live for Christ and his kingdom in our culture,” stated the 10 NOBA signatories. “We don’t expect him to gauge our opinions on social, political, and economic issues and then promote our consensus position. He’s a leader raised up by God to help guide us in this new day.”

Others have spoken up for Moore, warning that attempts to fire him give Trump too much power and reverse progress made on race relations.

One SBC pastor parsed why the desire of critics to fire Moore isn’t as easy as it sounds—it would require electing a like-minded president at the next annual meeting, who would appoint a committee that would nominate another committee to present alternative options which would then be voted on by trustees, wrote Dave Miller for SBC Voices.

“It will only take most of a decade to get it done,” he said. “Should it be easy?”

“We can do this,” he continued. “The Moore supporters and critics can find rapprochement. The ghost of election 2016 doesn’t have to haunt us forever—not for those of good will and godly desire. Obviously, not everyone is going to come along, but most will.”