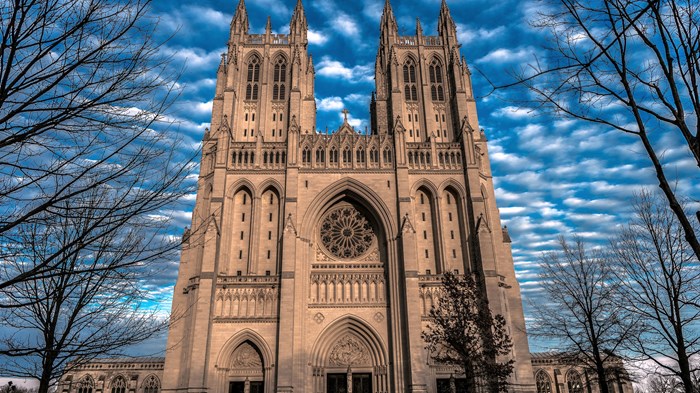 Donald Trump has tapped a record number of evangelical leaders to participate in the interfaith prayer service held at the Washington National Cathedral the day after his inauguration.

The National Prayer Service, hosted at the Episcopal cathedral Saturday morning, will feature two former presidents of the Southern Baptist Convention, the granddaughter of Billy Graham, and Greg Laurie, the evangelist behind the popular Harvest America crusades, among a total of 26 faith leaders.

Jack Graham, Ronnie Floyd, and David Jeremiah are all Southern Baptists and members of the president-elect’s evangelical advisory board, and Cissie Graham Lynch stated during the election that she would be “unapologetically voting for Trump.” Her father, Franklin Graham, is among the clergy praying at the inauguration ceremony held at the National Mall on Friday. Trump opted to include a half-dozen religious leaders in the official Capitol lawn ceremony, instead of the customary one or two.

The century-old National Cathedral has served as the go-to site for presidential funerals, prayer services at times of national tragedy, and public inauguration prayer services. Billy Graham gave a sermon at Ronald Reagan’s inaugural service there in 1985.

Trump’s National Prayer Service at least doubles the number of evangelicals involved compared to past years.

“Trump wants to communicate to religious people (Jews and Christians) that he speaks their language, and he does so by associating with leaders that have a large following or that represent significant segments of the religious population,” Wilsey said.

The inauguration is held on January 20, and presidents typically attend a private service the morning-of and a public service the day after. Because of this year’s timing, the National Cathedral service will fall on Saturday, limiting participation for observant Jews such as Trump’s daughter Ivanka and son-in-law Jared Kushner.

The Episcopal cathedral faced backlash for hosting president-elect Trump’s service and having its choir perform at Friday’s inauguration ceremony.

“There’s a lot of guidance and even prophetic truth in simply gathering and setting your sights to sacred texts in how we’re to live as a society,” Mariann Budde, bishop of the Episcopal diocese of Washington, toldThe Washington Post.

Trump has requested a series of Scripture readings and prayers rather than a sermon.

“As a Baptist, I’m compelled by my faith to pray for the leaders of our nation and to ask God’s blessing on them, for they cannot succeed outside his providence and without his guiding hand,” said Jack Graham, pastor of Prestonwood Baptist and former chairman for the National Day of Prayer.

Graham and Laurie will be offering prayers for those who serve. Jeremiah and Floyd will read Scripture, while Lynch will share a prayer for peace.

The presidential inaugration committee announced Thursday the full list of participants, in order of their scheduled appearance: