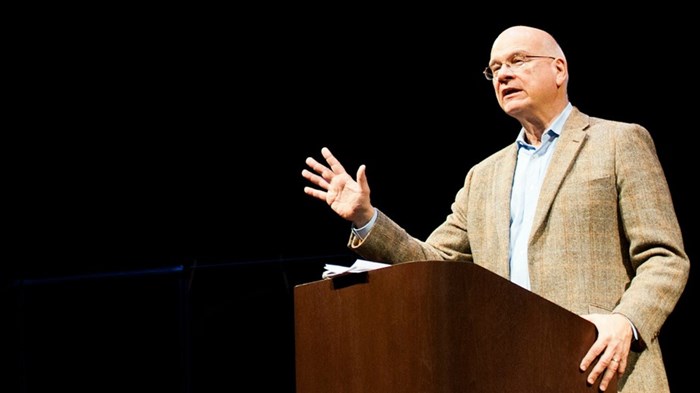 The most popular Reformed preacher and author in America today is not eligible to receive Princeton Theological Seminary’s annual award in Reformed theology and public witness.

Because the PCA conflicts with the seminary’s denomination, the Presbyterian Church (USA), on women and LGBT clergy, leaders agreed not to award Keller the prize and thus affirm his differing stance. However, the school has still scheduled the Redeemer Presbyterian pastor to speak on mission at an annual conference hosted by its Kuyper Center for Public Theology in April.

“In order to communicate that the invitation to speak at the upcoming conference does not imply an endorsement of the [PCA’s] views about ordination, we have agreed not to award the Kuyper Prize this year,” Barnes wrote.

Earlier this year, Princeton announced that the New York City pastor would receive its 2017 Kuyper Prize for Excellence in Reformed Theology and Public Witness. Its release called Keller “an innovative theologian and church leader” and a “catalyst for urban mission.”

In recent weeks, some Princeton alumni voiced concerns that, as a PCA pastor and complementarian, Keller’s beliefs conflict with the seminary’s embrace of “full inclusion for ordained leadership of the church.” A Christian Centurypost described his belief in male headship as “baptized abuse” and “toxic theology.” Barnes’ letter rescinding the prize referenced this critique.

Keller is among the most influential Reformed leaders in the United States. His defenders point out that he is known for his conciliatory tone, mission focus, and apologetics—not for culture wars preaching.

According to the seminary, the award goes to “a scholar or community leader whose outstanding contribution to their chosen sphere reflects the ideas and values characteristic of the Neo-Calvinist vision of religious engagement in matters of social, political, and cultural significance in one or more of the ‘spheres’ of society.”

Among the Twitter chatter surrounding Wednesday’s news, Southern Baptist leader Dan Darling asked, “If you can't give an Abraham Kuyper award to Tim Keller, who can you give it to?”

Evangelicals opposed to Princeton’s reversal see it as another instance of excluding those with traditional views of marriage from church and public life, regardless of subject or tone. (As one commentator said, “If Tim Keller is too controversial, than no orthodox Christian is acceptable.”)

“Although its celebrants often don’t realize it, the universe of liberal Protestantism is very small and getting smaller,” wrote Institute on Religion and Democracy president Mark Tooley, a Methodist. “Keller will speak at Princeton on church planting, and hopefully he will be heard.”

The PCA has grown steadily over the past five years, while the PCUSA—still about five times larger—is shrinking, and by some estimates will lose as many as 400,000 members by 2020. About 500 congregations have left the PCUSA, the largest Presbyterian denomination, for more conservative bodies, including the ECO: A Covenant Order of Evangelical Presbyterians.

In his letter, Barnes emphasized academic freedom and theological diversity.

“In the grace and love of Jesus Christ, we strive to be a community that can engage with generosity and respect those with whom we disagree about important issues,” he said.

Keller recently announced that his final day as senior pastor at his Manhattan church, Redeemer, will be this summer to teach at an affiliated seminary. Redeemer did not respond to requests for Keller to comment.