Some providers paused services out of fear of legal backlash for not placing children with gay couples.
Kate Shellnutt|May 30, 2017 11:40 AM 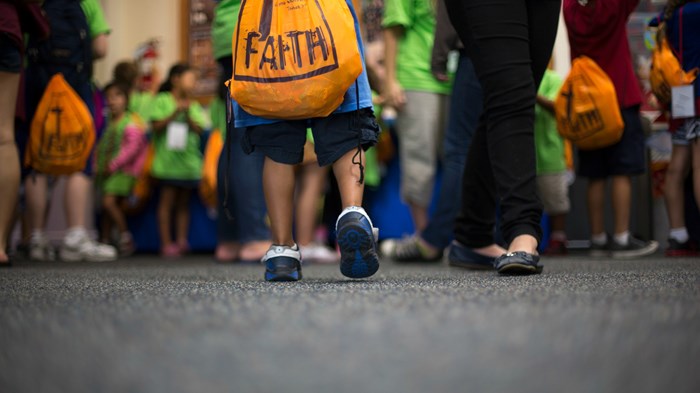 About a quarter of child welfare providers in the Lone Star State are religiously affiliated groups. But over the past few years, these organizations began to reduce their involvement, fearing legal backlash over policies that restrict prospective parents by faith, sexuality, or marital status. Almost all Catholic Charities offices in the state have stopped taking on children in state custody.

The Lone Star State would become the second in the country to authorize state-funded agencies to discriminate on the basis of their “sincerely-held religious beliefs,” amid ongoing efforts to balance faith convictions and LGBT rights.

South Dakota passed similar protections in March. Five other states—including Alabama, which adopted its law earlier this month—allow agencies to put forth faith-based restrictions, but not if they receive public dollars.

Texas’ Democratic minority in the state legislature, as well as LGBT advocates, opposed the bill as a means to discriminate against gay and lesbian couples or those from minority religious groups. But supporters hold that such families still have plenty of options for adoption. Texas Representative James Frank, who authored the bill, said agencies who turn away prospective parents would be required to refer them to another provider in the area.

Since Christian agencies are open about their affiliation and often recruit through churches, they have rarely had to refuse gay or lesbian applicants. But they have seen cases in other states, and have worried what would happen if the situation came up in Texas.

“More than 80 percent of our couples come from the church, and they do this out of their sense of calling. That’s that kind of family we want,” said Randy Daniels, vice president of child and family services at Buckner International.

An evangelical charity based in Dallas, Buckner requires prospective parents be churchgoing Christians that have been married for at least four years. “We don’t want to be forced into this place of Texas requiring agencies to place children with same-sex couples.”

The Wall Street Journalreports that Illinois and Michigan are among the states where Catholic Charities organizations “have shut down rather than abide by state regulations that required them to place children with same-sex couples.” Buckner serves more than 1,000 Texas children a year.

The agency plans to grow the program following Abbott’s approval. With 31,000 children remaining in foster care in Texas and 6,800 available for adoption, Christian groups say the new law will help serve more of these cases, not less.

“Faith-based child-placing agencies should not have to sacrifice their religious convictions when serving foster children and their families, when it is in fact those very convictions that lead them to work with orphans and the vulnerable in the first place,” said Gus Reyes, director of the Texas Baptist Christian Life Commission. “We hope it is signed by the governor, and look forward to partnering together to solve the problems plaguing our foster care system.”

Texas Impact, an interfaith religious freedom group, is concerned about the breadth of the law.

“One provision of the bill explicitly allows for discrimination against other faiths by a religious provider,” said Joshua Houston, director of government affairs. “Another provision would allow a Baptist provider to place a Muslim foster child in a Baptist parochial school, or vice versa. When such conduct uses taxpayer dollars, government has violated the establishment clause.”

The organization also remains concerned about religious convictions that could place an adoptee or foster child in danger, such as their parents’ decision not to vaccinate or seek professional medical treatment.

For evangelicals increasingly concerned about how their convictions on marriage and family find a place in today’s society, the right for adoption agencies to follow Christian principles is a major religious freedom issue.

“I'm thankful that Texas is acting in the interests of adoption agencies by passing statewide law,” said Russell Moore, president of the Ethics and Religious Liberty Commission (ERLC) of the Southern Baptist Convention. “My prayer is that this would continue to the federal level, so that families and communities can protect the vulnerable without surrendering conscience freedom.”

One of the ERLC’s legislative priorities for the year is expanding religious protections for adoption and foster care agencies—as well as government contractors, businesses, and other faith-based organizations—through the First Amendment Defense Act (FADA). Many evangelicals hoped that President Donald Trump’s recent executive order on religious liberty would have addressed conscious objections and other accommodations for religious groups.

Correction: A previous version of this article wrongly reported that Buckner stopped taking on adoption and foster care cases in 2015. There was no disruption in its services.